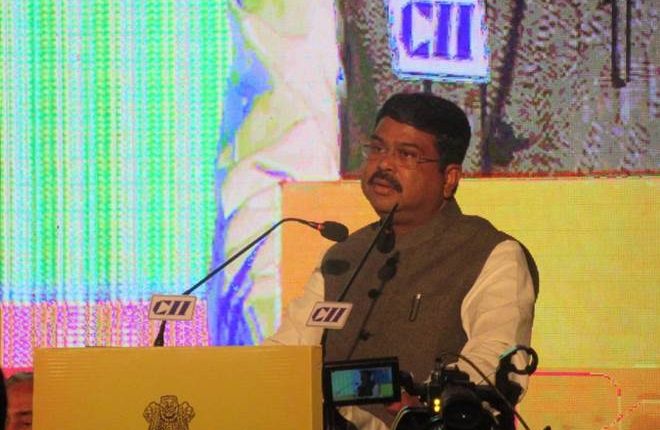 Union government launched the “Purvodaya” programme Saturday, under which major PSUs like SAIL, IOCL and Coal India and concerned departments of five states— Odisha, West Bengal, Andhra Pradesh, Chattisgarh and Jharkhand—will be working towards accelerating steel production in the region. For this purpose, the steel ministry is looking to invest $70 billion, that is likely to result in $35 billion addition to the GDP, and creation of 2.5 million jobs.

Kickstarting the programme here, union minister Dharmendra Pradhan said the idea was to promote the region as an integrated steel hub, which can foster growth towards a $ 5 trillion economy. Kolkata could be the epicentre of this growth, facilitated by Prime Minister Narendra Modi’s visit to the city, added Pradhan.

According to the National Steel Policy announced in 2017, the government is aiming at a total production capacity of 300 million tonne by 2030-31 and out of which, around 200 million tonne is envisaged from the five eastern states.

Pradhan noted that the steel ministry would anchor in coordinating various stake holders across central ministries, state governments and private investors, and a policy facilitating the creation of steel clusters has thus been put in place. Kalinganagar and Bokaro have been identified as pilot locations for steel clusters around integrated steel plants, and task forces and working groups with respective state governments have been formed for detailed planning for operationalisation of these clusters, he added.

Prime Minister Narendra Modi, as part of his Kolkata visit, will be attending the 150th anniversary of Kolkata Port Trust on Sunday. While Paradip Port Trust has been taken as a major stakeholder in the “Purvodaya” initiative, Kolkata Port will play a vital role in developing inter-state connectivity through inland waterways.

Pradhan said that at a later stage Bihar would be included within the cluster for driving growth in steel consumption, and that political differences between the centre and state governments, would not be a hindrance to uplift the 57 backward districts of the region.

IOCL chairman and managing director Sanjiv Singh, who was present at the launch of “Purvodayay” said eastern region at present contributes 70% of the country’s total steel production. “This will go up to 87% with the integrated steel hub in place. The oil and gas sector has been a major consumer of steel and the expansion would boost the steel industry thereby increasing the share of manufacturing to services,” he said.