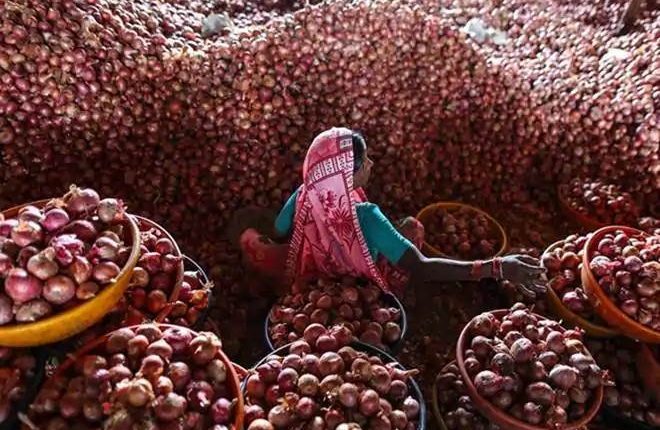 After enduring the rise in onion prices for months, the Congress government in Madhya Pradesh on Wednesday accused the Centre of harming farmers’ interest by importing the staple from Turkey at a time when local bulbs are arriving in the market. While, onion prices hovered at Rs 100 per kg for the last two months, the staple is now being sold at Rs 50 to Rs 70 per kg at retail markets in Bhopal and other cities of the state as on Wednesday.

“The Centre has imported onion from Turkey at a time when the domestic bulb crop has started arriving in the local markets. They are harming the interests of our farmers,” state minister for food and civil supplies Pradyumn Singh Tomar said.

The Centre is now pressurising people to buy onions imported from Turkey, he added. Tomar further alleged that when onion prices had gone up to Rs 60 per kg during the UPA regime at the Centre, Narendra Modi had said that “the Centre has snatched the bread from the poor”.

“But now, onion prices have gone up to Rs 150-200 per kg due to wrong decisions of the Modi government. We have controlled the price in the state in such a situation,” Tomar said. Meanwhile, vegetable shop owner Hemant Advani said onions are being sold at Rs 50-70 per kg, depending on their quality in Bhopal’s retail market.