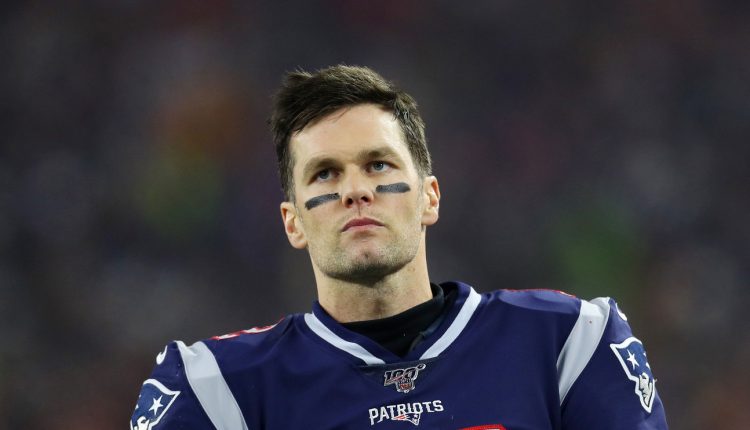 Tom Brady is a now free agent, but the NFL player doesn’t have the same worries as millions of Americans over 40.

Workers over 40 are only about half as likely, or less, to get a job offer than younger workers if employers know their age, according to research released this week that was conducted by economics professor David Neumark at the University of California, Irvine. The data was adjusted for differences in skills, fit and availability.

Key to the study was a major change that a company made to its hiring systems. Previously all applicants at a national restaurant chain (which wasn’t named in the study) had filled out an initial application form in a face-to-face meeting with a restaurant manager. So their age was apparent from the get-go.

Under the new system, applications began first with a standardized, online, electronic screen. This included over 100 questions designed to find out a candidate’s skills, experience, employability and other attributes related to the job. But it contained no age screen.


When managers could determine an applicant’s age group, those over 40 were between 46% and 65% less likely to get a job offer than those under 40.

When managers could determine an applicant’s age group, those over 40 were between 46% and 65% less likely to get a job offer than those under 40.

Under the new system, older workers were actually more likely to pass the initial, age-blind application process than younger ones, typically because they had more experience.

UC’s Professor Neumark crunched the numbers from a proprietary hiring database maintained by the unnamed national restaurant chain. (The database of 1,600 job applications emerged from an age-discrimination lawsuit). The hiring decisions covered jobs from “front of house,” such as servers, to “back of house,” such as chefs.

“This set of results is strongly consistent with age discrimination,” notes professor Neumark, ‘older applicants are more qualified [than younger ones] in terms of applicant characteristics and evaluations used by the company in their online application system,” he says.

He further found that the discrimination was greater for “front of house” jobs than for “back of house,” though it was significant for both. The implication: Managers are more reluctant to employ older servers, because they think the customers won’t like them.


Researchers found that the discrimination was greater for ‘front of house’ jobs than for ‘back of house,’ though it was significant for both.

Older workers and those over 50 are more likely to work as independent contractors, separate research from the progressive Economic Policy Institute, a labor policy think tank, concluded. The share of people working as independent contractors, freelancers and other categories of on-call workers who were ages 55 to 64 increased to 22.9% in 2017 from 18.8% in 2005. For people aged 65 and older, the figure rose to 14.1% from 8.5%.

“For some older people, independent contracting and on-call positions are attractive ways to ease into retirement or earn income after they have left the full-time workforce,” according to the AARP, a public-interest group focused on older workers. “The contracting option can offer an appealing combination of flexibility and extra money, as long as the worker can get health care coverage or save for retirement in other ways. (The AARP receives funding from private health insurers.)

This is by no means the first study to show age discrimination. Previous research has also shown that managers show bias, unconscious or otherwise, against older workers.

Federal law makes it illegal to ask someone’s age in a job interview, or to discriminate against anyone over 40 based on their age. But as the latest study shows, there are many ways round these rules.

Read: Mid-career? Your job is at risk — here’s what to do now

Meanwhile, data from a recent Gallup nationally representative survey program found that formal employment rates plunge once people enter their 50s, but self-employment and, particularly, “independent contractor” rates skyrocket. That’s based on surveys with 61,000 people conducted between May 2018 and March 2019 as part of the Gallup Education Consumer Pulse Survey. About two-thirds of those surveyed were over 50.

About a quarter of those still working age 55 to 59 are self-employed, most of them independent contractors, according to a separate analysis conducted by researchers Katharine Abraham, an economics professor at the University of Maryland, and Brad Hershbein and Susan Houseman at the W.E. Upjohn Institute for Employment Research.

“Roughly one-quarter of independent contractors age 50 and older work for a former employer,” they added. This raises the issue that they have been shuffled out of the door as a result of their age — or simply to get them off the company health plan before they start costing too much money. Among those over 50 working as “independent contractors,” most told Gallup they were doing it mainly because they need the money.

Being self-employed can go both ways, experts agree. Most of those who own their own businesses like being their own boss, the researchers said, and many who work as independent contractors prefer it to full-time employment, especially because of the flexibility it may give them.

Now read: You’re likely to be out of a job in your 50s — 4 ways to prepare and minimize the pain