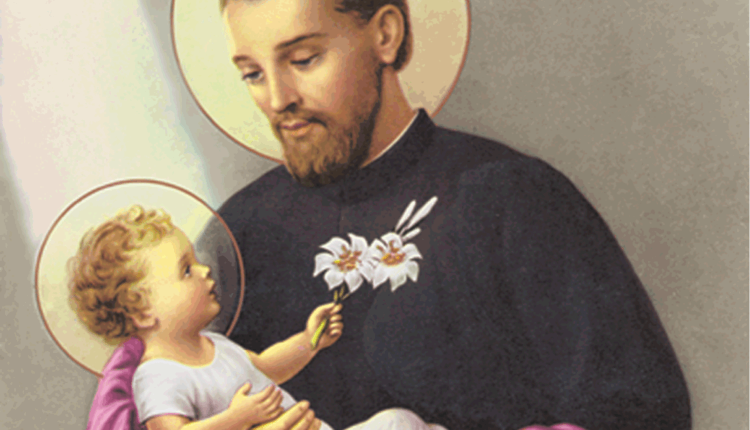 Praying for the intercession of the saints is a tradition that goes back to the early days of Christianity. It consists of asking our departed friends in heaven for assistance with their prayers before the almighty. They are closer to god and their prayers are more powerful than ours. This beautiful practice is based on the Catholic doctrine of “The communion of saints” which is found in the text of the “apostles’ creed” and taught by St Paul in Romans 12:4–13 and 1 Corinthians 12:12–27.

In the Book of Revelation 8:3-4, John speaks of the prayers of the saints being offered to God along with incense:

“Another angel with a golden censer came and stood at the altar; he was given a great quantity of incense to offer with the prayers of all the saints on the golden altar that is before the throne. And the smoke of the incense, with the prayers of the saints, rose before God from the hand of the angel.”

Who is Saint Cajetan?

Cajetan was born in October 1, 1480 in Vicenza, Italy and died on August 7th 1547. Although He received degrees in both civil and canon law from the University of Padua, he decided to become a priest and was ordained in 1516 at the age of 36.

Soon after he became a priest, Cajetan and a small group of priests founded the Congregation of Clerics Regular also known as the Theatines, a community of priests seeking to live like the apostles, taking vows of poverty, chastity and obedience. Their vows were so strict that they did not even beg for alms, but instead relied totally on the providence of God to send them whatever he willed to sustain themselves.

He is considered an intercessor for the unemployed due to his work serving those who needed jobs and financial assistance. He protected the poor from usurers and provided resources for those that could not provide for themselves. Cajetan founded a charitable nonprofit bank designed to protect the poor from usury. Eventually, the bank became the Bank of Naples. At the age of 42, Cajetan founded a hospital for incurables in Venice, and worked to give comfort and healing to the sick during times of plagues.

So, if you are seeking employment or need help with you business or entrepreneurship, you can definitely ask for his intercession by praying his Novena.

What is a novena?

A novena (from Latin: novem, “nine”) is a prayer repeated for nine consecutive days asking God for a specific intention, through the intercession of a Saint or The blessed Virgin Mary. The church The first novena It has beenThe nine days between the Feast of the Ascension and Pentecost, when the disciples gathered in the upper room and devoted themselves to prayer, is often considered to be the first novena.”

A novena (from Latin: novem, “nine”) “is an ancient tradition of devotional praying in Christianity, consisting of private or public prayers repeated for nine successive days or weeks.

The are a few reasons for the 9 days, but the most significant comes from the tradition that the Apostles, along with the Blessed Virgin Mary, went to the Upper Room and prayed together for the nine days between the Ascension of Jesus which is believed to have occurred 40 days after his Passion and Pentecost. ’ Ascension (believed to have been 40 days after His Passion/Passover) and Pentecost. (Acts 1: 4, 5) (Acts 1:14) . This event is considered by many to have been the first novena, although, popularization of novenas started at the end of the first millennium when some religious orders organized novena masses preparing for the feast day of their founder, at which time they requested the saint’s intersession for a particular favor. Another reason for the number 9 is the nine months that Mary carried Jesus in her womb.

Why are there many novenas for many saints?

The tradition is that saints are invoked according to their special charismas. St Jude for example is invoked in cases of desperate situations. He is the patron saint of hopeless cases. St. Monica is invoked in cases relating to motherhood. Catherine of Sweden is prayed to for the protection against abortions. St John of God for cases of alcoholism, St Erasmus for appendicitis and thousands more. For a list of Saints and their patronage visit Catholic online.

So what Saint can you ask for help to find employment?

Without a doubt, if you are looking for a job you should consider a novena to ask for the intercession of St. Cajetan, the patron Saint of job seekers, or St. Joseph.

The novenas, as we mentioned before are prayed during nine consecutive days. You can start any time you want and then pray it during nine days. If you have never prayed a novena before, don’t worry, it’s very easy, just follow the instruction given in the novena. All you have to do is read the prayers as instructed.

Go to the novena page to get started

Please don’t forget to post a comment using the form at the end of this page, to either post a request to St Cajetan or to thank the Saint for his intersession once God grants you the miracle to find employment. He is very miraculous, pray this novena with faith and soon God will give you the job you need to sustain your family with dignity.

How to Become a Registered Nurse

Working from Home? Here’s How to Support Your Productivity Without Sacrificing…

Prev Next
Leave A Reply