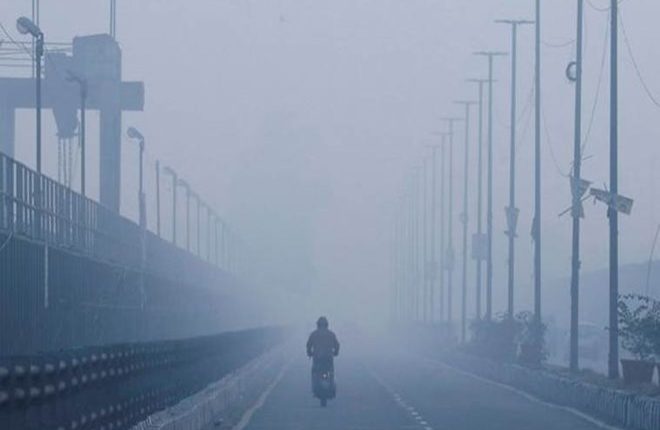 The unprecedented winter in Delhi has led to a sharp rise in sale of consumer electronics and thermal apparel, with home-appliances in December clocking a growth of over 100 per cent, and in some cases as high as 330 per cent, over the last year, say market leaders.

Geysers and room-heaters and warmers and jackets are selling at a rate of knots. Most heat-convectors and room-heaters are “out-of-stock”, manufacturers and retailers say, adding the increase in sales has been good and they don’t mind a cold wave annually.

“Be it Rajouri garden or Lajpat Nagar, I have been to both these markets to find a room-heater but could not fine one. Big or small shops, the answer is same, “heaters are out-of-stock’,” said Vandana Sharma, a 43-year-old homemaker. “I guess even the manufacturers were caught by surprise by this demand,” she said.

Delhi experienced its coldest December day in 119 years this winter and the month was the second-coldest recorded since 1901, according to the weather department. Rajeev Singh, group business manager at Croma, said December saw a growth of 106 per cent in sales compared to the previous year.

“This winter season with temperatures touching historic lows in north India, we saw a huge up-tick in demand for winter appliances. OFR heaters were out-of-stock by the end of December, with demands being at an all-time high. Even personal/fan heaters saw intermittent supply due to the increase in demand,” Singh said.

Usha International, one of the leading consumer durable companies, said the demand for heating appliances surged by almost 50 per cent. Havells India said most of their stocks — heaters and oil-filled radiator room heaters (OFR) — are “almost sold out”.

“…While we have a ‘stock out’ for most of our models, we are putting the best possible effort to supply additional stocks as per demands. The demand has been very high for ORF and heat convectors,” said Sandeep Tewari, president (marketing) at Usha International. The after-sales service providers too registered a boost in business; take 247around.

According to the CEO of 247around, a one-stop shop for home appliance post-purchase needs, this year witnessed a gigantic 330 per cent increase in geyser installations service alone. “This winter season, the sale of geysers shot up by more than 15 times for three months, which is the sale-period of October and start of the chill-period of November-December. Also, we saw new brands like Sansui launching geysers,” said Nitin Malhotra, who is also the co-founder of the company.

The electronic home-appliance market cheer permeated the apparel industry too. While leading garment brands like Woodland and Cantabil witnessed a growth of 15 per cent and 20 per cent, respectively, compared to the last December, fashion retail chain 1-India Family Mart had their thermals, jackets and sweaters going out-of-stock frequently.

“The market was slow during summer because of a slowdown and sentiment shift. However, consumer sentiment improved during Diwali, but with this severe winter it has snowballed,” said Harkirat Singh, MD of Aero Club, the makers and traders of brand Woodland.

Retail sales were up by 10-15 per cent compared to a year ago. Also, North and East India account for 60-65 per cent of sales for the retailers, he said.