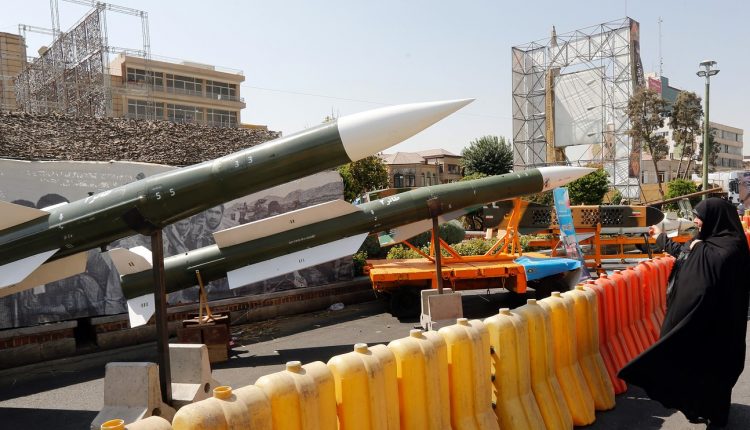 Read: Who was Qassem Soleimani, and why is his death a major development in U.S.-Middle East relations?

The Wall Street Journal reported that two military bases, one at Erbil in northern Iraq and another at Al Asad in western Iraq, were struck, but according to early reports, there have been no casualties indicated yet.

The rapid-fire missile attack may mark the first time that the Islamic Republic has directly struck U.S. military or other state targets and acknowledged doing so, according to the Los Angeles Times.

Iranian Foreign Minister Javad Zarif via Twitter had this to say: “Iran took & concluded proportionate measures in self-defense under Article 51 of U.N. Charter targeting base from which cowardly armed attack against our citizens & senior officials were launched.”

“This would be the first time since Iran-Iraq War that Tehran has directly launched missiles against a state, rather than at non-state or sub-state entities,” wrote Michael Elleman, a senior fellow of nonproliferation and nuclear policy at the International Institute for Strategic Studies, London-based think tank in a Tuesday tweet.

Exactly, this would be the first time since Iran-Iraq War that Tehran has directly launched missiles against a state, rather than at non-state or sub-state entities.

“We do not seek escalation or war, but will defend ourselves against any aggression,” Zarif wrote.

It’s unclear if the statement will, indeed, conclude rising tensions between Tehran and Washington, as the Pentagon said that damage was still being assessed at the bases. However, military experts said that, if nothing else, the attack may reveal improvements in Iran’s ballistic-missile systems.

“What we’ve seen in Iran in the past few years is a change from missiles that were mainly political or psychological tools to actual battlefield weapons. This is a quantum change,” the Post quoted Fabian Hinz, who works at the Middlebury Institute of International Studies in Monte­rey, Calif, as saying.

Back in the 1980s, Iran’s most sophisticated ballistic weaponry consisted of versions of Cold War-era Scud missiles developed by the former Soviet Union, which offered a limited range and low accuracy. It also has used ballistic technologies from China and North Korea, according to reports.

Iran currently has what is described as one of the largest arsenals of ballistic missiles in the world, which can strike targets up to 1,250 miles away, but haven’t always been on target. U.S.-led sanctions also have hampered its efforts.

That may have changed.

The distance between Tehran and the military bases struck on Wednesday is about 1,000 miles. The challenge for Iran is that other countries have ballistic missiles that could inflict a heavy toll on the Islamic Republic.

Here are some of the ballistic missiles, defined as a means to rapidly and accurately deliver a lethal payload to a target, that Iran can use via Missile Defense Advocacy Alliance:

Iran see its missile force as “an integral and indispensable part of their national defense strategy, fulfilling key strike roles traditionally taken by manned aircraft, but beyond the capabilities of an Iranian air force hobbled by many years of sanctions,” according to a research report by the Brookings Institution written by Robert Einhorn and Vann H. Van Diepen in March.

Check out the graphic of some of the missiles via the Brookings Institution below:

In the U.S., President Donald Trump offered a uniquely placid response to the attacks via Twitter: “All is well! Missiles launched from Iran at two military bases located in Iraq. Assessment of casualties & damages taking place now. So far, so good! We have the most powerful and well equipped military anywhere in the world, by far! I will be making a statement tomorrow morning.”

All is well! Missiles launched from Iran at two military bases located in Iraq. Assessment of casualties & damages taking place now. So far, so good! We have the most powerful and well equipped military anywhere in the world, by far! I will be making a statement tomorrow morning.

The president is expected to host a news conference in the morning to discuss the missile strike and the U.S.’s next move.

However, financial markets may remain on edge, with futures for the Dow Jones Industrial