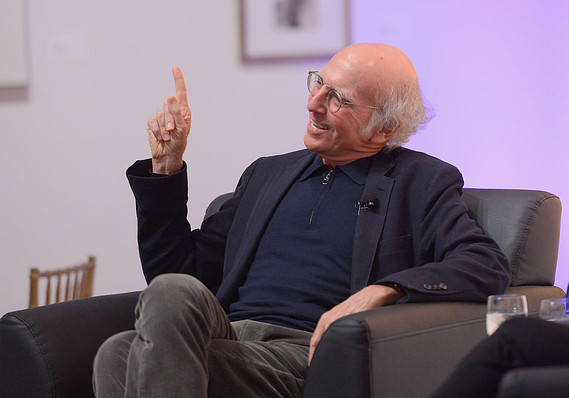 
‘To me, if somebody bought Fox News, I would feel the same as I felt when the Berlin Wall came down. That feeling of euphoria, like the world was going to change.’

That’s the man behind “Seinfeld” and “Curb Your Enthusiasm” sharing his frustrations in an interview with GQ while noshing at one of the poshest country clubs in Los Angeles, if not the world.

“Stop lying, you asshole!” David shouted at the TV, where President Donald Trump was making a statement.

He didn’t back down when the GQ interviewer asked whether, at a club like Riviera, which counts NFL legend Tom Brady and many other uber wealthy celebrity types among its membership ranks, there might be those within earshot who take exception to him spouting his political views.

“I talk louder on purpose when they’re around,” he said.

Politics aside, the whole interview is worth a read, especially for fans. David dives into the importance of money, his fashion sensibilities and much more.

“Curb Your Enthusiasm” returns on Jan. 19. Here’s a taster:

US-Iran tensions: Rupee breaches 72, but settles at 71.70 vs dollar