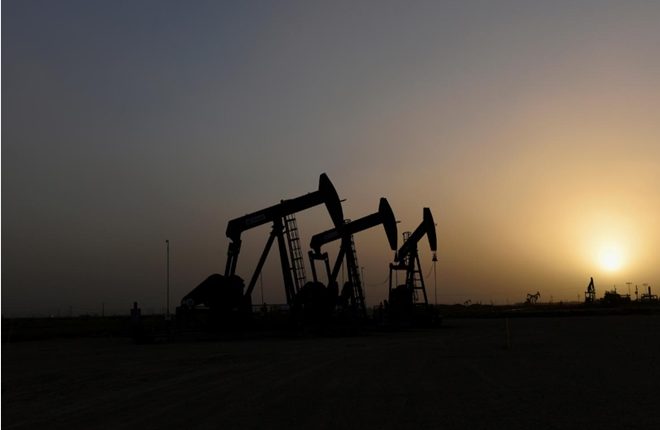 The burgeoning Iran crisis has sparked oil supply worries over the Strait of Hormuz — a vital shipping lane for a fifth of global crude — and also over Iraq’s output, analysts say. Oil prices had surged last Friday after US President Donald Trump ordered the drone assassination of Iran’s top general Qasem Soleimani, but the market stabilised on Monday and Tuesday with Middle East crude supplies unaffected.

However on Wednesday, the oil market shifted higher once more after Tehran launched revenge attacks to target US forces in Iraq, making good on its pledge to hit back over the killing.

Traders remain fearful nevertheless that Tehran could seek to block the Hormuz waterway — a key artery for crude that stretches between Oman and Iran. Hormuz, one of the world’s most congested transit points, links up the region’s oil producers with markets in Asia, Europe and North America.

“Supply disruptions were put at the forefront of the agenda for investors,” said Mihir Kapadia, CEO of Sun Global Investments. “These concerns have been fuelled by Friday’s killing of Soleimani and it is likely Iran will try and disrupt oil exports that travel through the Straits of Hormuz. “However…it remains unclear as to what the next developments will be.”

The US government’s Energy Information Administration describes Hormuz as “the world’s most important oil transit chokepoint” through which 21 million barrels of crude per day passed in 2018. The strait had already been rocked last year by a string of attacks that Washington and its allies blamed on Iran, accusations Tehran firmly denied.

Its Western foes have also accused Iran of being behind a major attack on Saudi oil installations and Iran has in recent months also repeatedly seized tankers operating in the Gulf. Traders remain less fearful over the loss of Iranian oil because the Islamic republic remains under punishing US sanctions that were re-imposed by Trump in 2018.

Energy Aspects analyst Christopher Haines noted traders were instead worried about oil output from Iraq — particularly if US troops are pulled out. America’s military strategy in Iraq was thrown into confusion Monday as the Pentagon admitted a letter from a general informing the Iraqi government of an imminent US troop pullout was sent by mistake.

“There is a potential risk of disruption on Iraq, whose crude exports represent (about) 3.5 million barrels per day,” Haines told AFP. “If US troops leave, it will leave the area less secure,” he added. Iraq is currently the second biggest player in oil cartel OPEC after kingpin Saudi Arabia.

SEB analyst Bjarne Schieldrop agreed that Iraqi production could be impacted by the current crisis — but so far no oil supplies have been affected. “Eventual loss of supply in the Middle East may however be in Iraq down the road and not so much due to near term retaliations, though so far not a single drop of oil supply has been lost,” he said.

Soleimani’s assassination, which was carried out by a drone near Baghdad airport, sparked concern about a spreading conflict. Europe’s benchmark oil contract Brent and US counterpart West Texas Intermediate crude had initially won more than three percent each on Friday. However, those gains fell far short of September 16, when both contacts had rocketed about 14 per cent on news of attacks on Saudi Arabian oil infrastructure.