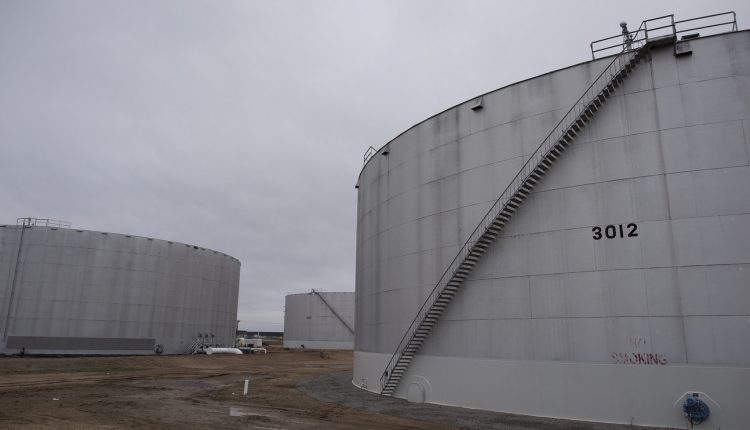 Oil futures fell Wednesday after a sharp but brief spike in prices late Tuesday brought on by Iranian missile strikes at bases in Iraq where U.S. troops are stationed.

Perceptions that the assault could mark the end of the U.S.-Iran conflict rather than an escalation, as well as data showing an unexpected weekly climb in U.S. crude stockpiles, combined to pull oil prices lower.

WTI jumped as high as $65.65 a barrel, its highest intraday mark since late April, while Brent soared to $71.75 a barrel, the highest in more than three months, immediately after Iran launched attacks on two bases used by the U.S. in Iraq. Iran described the attacks as revenge for a U.S. drone strike in Iraq last week that killed Qassem Soleimani, a top Iranian military commander and sparked vows by Tehran to retaliate. No casualties were reported as a result of Iran’s strike on the U.S. bases.

“The extent of the retaliatory attacks looks to have been limited, though the market will be watching keenly today for hints as to whether or not President Trump will step into a further cycle of escalation,” wrote analysts at JBC Energy, a Vienna-based consulting firm, in a note.

Trump late Tuesday treated that, “All is well” and is scheduled to deliver remarks at 11 a.m. Eastern on Wednesday.

Iran’s foreign minister Javid Zarif, said via Twitter that Iran didn’t seek further escalation but would “defend ourselves against any aggression.” Iranian Supreme Leader Ayatollah Ali Khameini, however, vowed further retaliation for the killing of Soleimani and said that Iran’s goal was to expel U.S. forces from the region, the Wall Street Journal reported.

“If Donald Trump suggests they will take immediate military action against Iran then oil prices could spike higher again, while a more conciliatory tone could be bad good news for risk assets and bad for oil,” said Fawad Razaqzada, market analyst at Forex.com. “So, crude oil will remain in focus as investors react to any further escalation in the U.S.-Iran spat.”

Data Wednesday from the Energy Information Administration showed that U.S. crude supplies edged up by 1.2 million barrels for the week ended Jan. 3. That followed declines in each of the previous three weeks. Analysts polled by S&P Global Platts forecast a decrease of 3.7 million barrels, while the American Petroleum Institute on Tuesday reported a 5.95 million-barrel decline, according to sources.

“A triumvirate of bearish builds in the weekly EIA reports are adding momentum to crude’s overnight price reversal as fears of escalating tension are unwound,” Matt Smith, director of commodity research, told MarketWatch.

“Crude inventories have shown a surprise build, driven by the combo of a big drop in refinery runs, a rebound in imports and an easing in export volumes,” he said. Refining activity has dropped back below 17 million barrels per day…and is now a whopping 669,000 bpd below year-ago levels.”

“Nonetheless, both distillates and gasoline managed to muster large builds as demand remains both subdued and below year-ago levels on the four-week average,” said Smith.


fell 1.7% to $2.126 per million British thermal units ahead of Thursday’s EIA update on supplies of the fuel, which is expected to show a weekly decline of 50 billion cubic feet, according to a survey of analysts by S&P Global Platts.