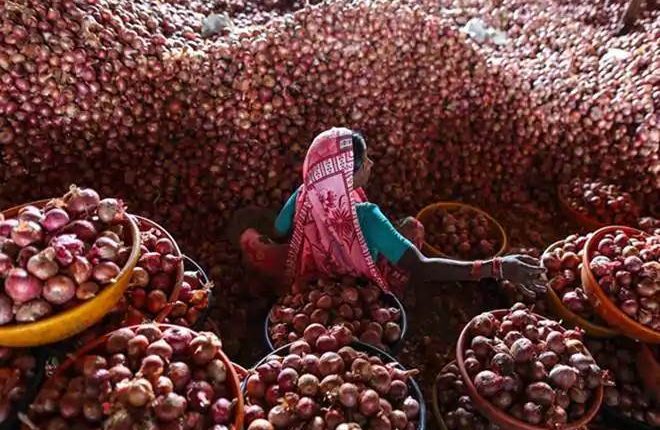 The government has so far imported 12,000 tonne of onion and it is being offered to states at Rs 49-58 per kg for retail distribution and to check prices, Consumer Affairs Minister Ram Vilas Paswan said on Tuesday. To boost domestic supply and contain price rise, the government is importing onion through state-owned MMTC and also facilitating private imports. “We have imported so far 12,000 tonne of onion from countries like Turkey and Afghanistan,” Paswan told reporters.

Of this import, 1,000 tonne has already been distributed to Delhi, Andhra Pradesh, Telangana and Kerala, he said. By the end of this month, additional 36,000 tonne of imported onion is expected to arrive in India which will help ease pressure on prices, he added. Retail onion prices, which were ruling over Rs 100 per kg in most cities since last two months, have started softening now on arrival of imported onions and new kharif crop.

Onion prices in Delhi are ruling at Rs 70/kg on Tuesday, as against Rs 118 per kg on December 19, 2019. Similarly, prices in Mumbai have dropped to Rs 80 per kg from Rs 120 per kg in the said period, as per the government data. Onion prices have shot up due to 25 per cent fall in the kharif production.