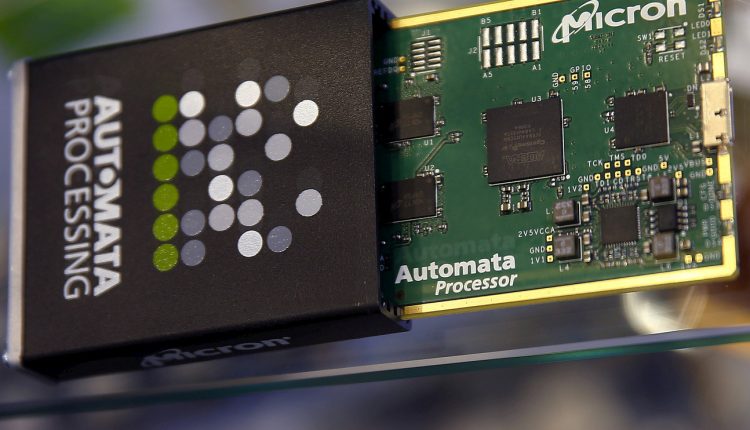 Chip-related stocks rallied against the broader market Tuesday following a number of announcements from CES in Las Vegas and a growing optimism for the sector as 2020 takes hold.


and a 0.2% rise in the tech-heavy Nasdaq Composite Index

Leading the charge were shares of Micron Technology Inc.


with a gain of 7.8% to $57.70, following an upgrade of the stock to outperform from market perform from Cowen analyst Karl Ackerman, who also hiked his price target on the stock to $70 from $50.

DRAM, or dynamic random access memory, is the type of memory commonly used in PCs and servers, while NAND chips are the flash memory chips used in USB drives and smaller devices such as digital cameras. The memory market faced a rough year as rising prices in 2018 prompted suppliers to overbuy, resulting in an inventory glut that decimated sales in 2019.

Of the 34 analysts who cover Micron, 24 have buy or overweight ratings, seven have hold ratings, and three have sell ratings, along with an average price target of $64.31, according to FactSet data.


shares rallied 5.9% after the chip maker raised its revenue outlook for the second time in a month, and analysts hiked price targets. Of the 23 analysts covering Microchip Technology, 18 have overweight or buy ratings and five have hold ratings. Of those analysts, five hiked their price targets on the stock resulting in an average target of $113.55.


introduced a fully autonomous driving system that is mean to compete with Nvidia Corp.

However, not all announcements resulted in gains. Late Monday, Advanced Micro Devices Inc.


announced a new line of chips for laptops at CES in Las Vegas in direct competition with Intel Corp.


and a new version of its Threadripper chip that’s meant to outperform Nvidia Corp.’s offerings.