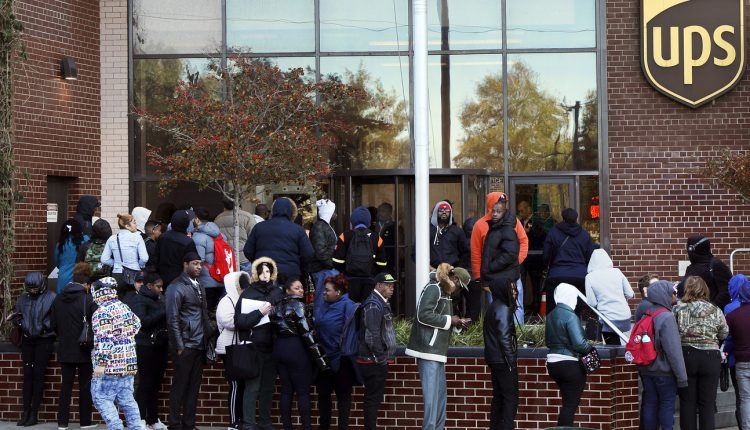 Don’t figure on another big jump in hiring when the U.S. government tallies up the number of new jobs created in the final month of 2019, but don’t expect any alarm bells to ring, either.

Even though the economy added a whopping 266,000 new jobs in November, the pace of hiring slowed toward the end of the year. Manufacturers suffering from the fallout of President Trump’s trade war with China have cut back the most, but other industries are hiring fewer workers as well.

Employment gains were also inflated in November by the return of some 50,000 General


workers from a one-month strike earlier in the fall.

Economists polled by MarketWatch predict the U.S. generated about 155,000 new jobs in December and some find even that estimate to be optimistic. The U.S. Labor Department will publish payrolls and unemployment data on Friday January 10th.

A smaller gain in employment, however, wouldn’t be a signal of tougher times ahead.

The U.S. unemployment rate recently fell to a 50-year low of 3.5%, a remarkably low number that underscores just how hard it is for companies that still want to hire to fill open jobs.

“Business contacts in many [parts of the country] indicated continued strong labor demand, with firms reporting difficulties in finding qualified workers,” according to the minutes of the Federal Reserve’s most recent strategy-planning session.

The low unemployment rate has lifted the growth in worker wages to around 3% per year, close to biggest annual increases since the 2008 recession. While that’s a bit lower than in the best of times, it’s still quite healthy.

A robust labor market explains why Americans feel secure in their jobs and confident enough in the economy to keep spending. Strong consumer spending, in turn, has offset a downturn in manufacturing, weaker exports and lower business investment.

As a result, the U.S. has been expanding at a steady 2% annual pace to extend a record economic expansion now in its 11th year. The economy’s relatively stable foundation has also fueled another surge in stocks


to fresh all-time highs in the past week.

The big question is whether consumers can continue to carry the load in 2020. So long as they think their jobs are safe, the answer is most likely yes.

Read: U.S. economy may be entering 2020 on firmer footing

Easing trade tensions with China would be the icing on the cake, giving a reprieve to suffering manufacturers and perhaps even reverse the slowdown in business investment. President Trump is expected to sign a partial trade deal with China on January 15.