Menu Who was Qassem Soleimani, and why is his death a major development in U.S.-Middle East relations? - Jobs Magazine 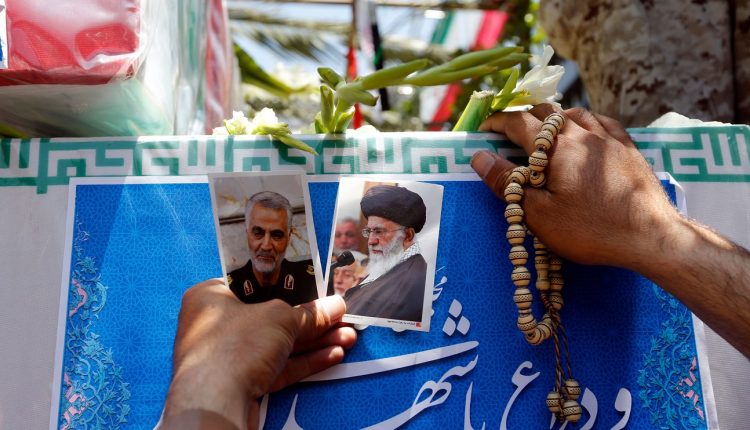 President Donald Trump authorized the airstrike that killed Soleimani, a top Iranian general who is considered one of the most revered military leaders in the Islamic Republic: “At the direction of the president, the U.S. military has taken decisive defensive action to protect U.S. personnel abroad by killing,” the U.S. Department of Defense said in a statement.

In a tweet, Iran’s Foreign Minister Mohammad Javad Zarif described the strike that killed the general as an act of international terrorism: “The US’ act of international terrorism, targeting & assassinating General Soleimani—THE most effective force fighting Daesh (ISIS), Al Nusrah, Al Qaeda et al—is extremely dangerous & a foolish escalation,” he wrote on Twitter. “The US bears responsibility for all consequences of its rogue adventurism,” he said.

The US bears responsibility for all consequences of its rogue adventurism.

The U.S. has said that the assassination of Soleimani was an attempt to deter attacks against U.S. embassies, service members or diplomats.

Here’s why the death of the general is particularly significant in the intensifying tensions between the U.S. and Iran.

“He’s probably the most powerful figure that is generally unknown outside Iran and the Middle East. He’s essentially Iran’s viceroy for Iraq,” Jim Phillips, Middle East analyst for conservative think tank the Heritage Foundation, was quoted as saying in a 2015 interview with NBC News.

Soleimani rose to prominence during the 1980–’88 Iran-Iraq War, and by 2013 had become one of Iran’s most important figures.

Soleimani was named major general of the Quds Force in 1998 and ran it until his death. The Quds Force has no equivalent in the U.S. but has been described as “analogous to a combined CIA and Special Forces,” according to an article in the New Yorker back in 2013. The Quds Force, which is estimated to consist of about 20,000 personnel, has been designated a terrorist group by the U.S. since 2007, according to reports.

Reports have had also described Soleiman as second to only the Supreme Leader Ayatollah Ali Khamenei in power in Iran.

In fact, Khamenei has referred to Suleimani as “a living martyr of the revolution,” and last March expressed hope that he would die as one.

“I hope that Allah the Exalted will reward and bless him, that he will help him live a blissful life and that he will make his end marked by martyrdom,” Khamenei said as he awarded Soleimani the Order of Zulfaqar — the highest miliary honor in Iran that was established in 1856 and had not been awarded since 1979 until it was revived to honor the Quds Force commander.

To some U.S. leaders, Soleimani has been viewed as a shadowy figure. Secretary of State Mike Pompeo referred to him as “dangerous as Islamic State leader Abu al-Baghdadi,” who was killed in a U.S.-led raid in northwestern Syria in late October.

“Qassem Soleimani has the blood of Americans on his hands, Bret, as does the force that he leads, and America is determined each time we find an organization, institution or an individual that has taken the lives of Americans, it is our responsibility,” Pompeo told Fox News’s Bret Baier in an interview back in April 2018, after the U.S. designated Iran’s Revolutionary Guards Corps a foreign terrorist organization, marking the first time that the U.S. has labeled an entity of another government as a terrorist organization.

It isn’t clear how Iran will respond to the death of the revered leader, but analysts and observers on Friday were speculating that Tehran would consider Soleimani’s death an act of war.