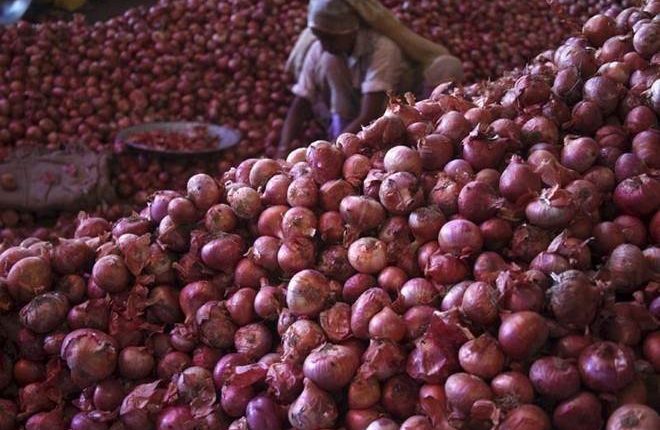 Market officials attributed the fall in prices to an increase in arrivals and the drop in wholesale prices is expected to reflect in retail prices in the next few days. Onions are currently retailing above Rs 50 per kg. Retail consumers have been reeling under the effect of the price rise with rates shooting above Rs 150 per kg in some markets last month.
Jaydutt Holkar, former chairman, Lasalgaon mandi, pointed out that alongside the increase in fresh kharif crop arrivals in the market, arrivals from other states have also increased with the harvesting of the kharif crop. There is a ban on export, which has increased the domestic supply, he said, adding that prices have fallen as a result.

The supply of fresh kharif onions has increased over the past few days. From a meagre arrival of 2,000-2,500 quintals a day, the daily supply has gone up to 18,000-20,000 quintals per day. Since last week, arrivals have been gradually increasing to about 12,000 quintals on a daily basis. Market officials expect the prices to remain low hereon as the supplies are expected to peak after te second week of January. Market officials expect wholesale prices to drop below Rs 2,000 per quintal. Holkar said that the government should remove restrictions on imports to stabilise prices.

Normally, the arrival of fresh kharif onions begins by mid-October, but the extended monsoon badly affected the kharif crop across Maharashtra this time. Around 60% of the crop was damaged, resulting in short supplies. With the prices shooting up to Rs 8,000 per quintal in wholesale markets, farmers have opted for planting more onion and the acreage of late Kharif is expected to go above 45,000 hectare in Nashik district.

Onion prices have been on the rise since late September due to a disruption in supply, a decline in production in 2019-20 and late harvesting of the bulb, leading to a mismatch in demand and supply. The Centre has already offloaded onions from buffer stocks, banned exports, expedited imports, and imposed stockholding limits on wholesalers and retailers.