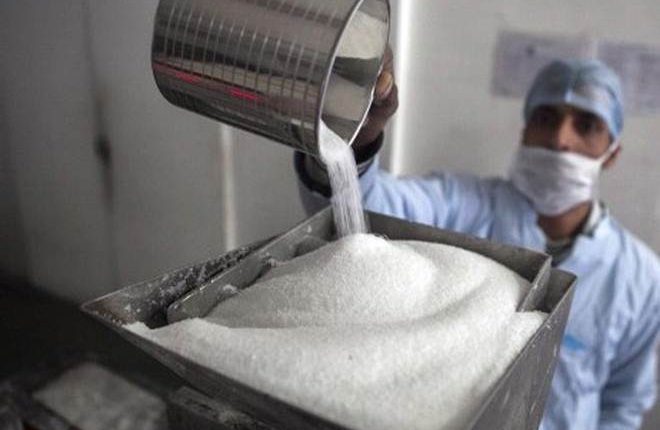 As compared to 507 mills which were in operation last season, only 437 mills were operating as on December 31, 2019, said Indian Sugar Mills’ Association (Isma). In Maharashtra, 137 sugar mills, which were in operation, have produced 1.65 million tonne till December 31, 2019 as against 187 sugar mills which had produced 4.45 million tonne last year. From the beginning of the season and till December 31, 2019, average sugar recovery percentage in the state stands at 10% as against 10.5% achieved in the corresponding period. This is because a part of the crushing includes the flood affected sugarcane, which lost some of its sucrose because it was waterlogged for some time.

As per reports of Maharashtra Sugar Commissioner, two sugar mills, one in Ahmednagar and another in Aurangabad, have closed operations mainly due to non-availability of labour for harvesting and less availability of sugarcane.

Mills of Bihar have produced 2.33 lakh tonne, Haryana 1.35 lakh tonne, Punjab 1.60 lakh tonne, Uttarakhand 1.06 lakh tonne and Madhya Pradesh 1 lakh tonne till December 31, 2019. Based on satellite images of the cane area remaining to be harvested, trend of recovery, yield and drawal percentage of sugarcane achieved so far, Isma will come out with its second advance estimates of sugar production for 2019-20 sugar season in February 2020.

From the beginning of the sugar season and till now, ex-mill prices have remained steady in the range of Rs 3,250-3,350 per quintal in northern India and Rs 3,100-3,250 in the southern region.  Since the union government has not increased the FRP for 2019-20 sugar season as also the state governments like Uttar Pradesh, Uttarakhand and Punjab have not hiked the State Advised Price (SAP) and ex-mill prices remain stable, sugar mills are in a better position to be able to pay cane price to the farmers on time.

As per market information, over 25 lakh tonne of export contracts against maximum admissable export quantity (MAEQ) has taken place. Physical exports are happening at a good pace.

The government is in the process of reviewing actual exports made by mills against MAEQ during October-December 2019 quarter, and as already announced in the policy, reallocate the unexported MAEQ to the sugar mills who have exported and are willing to take additional quota beyond their MAEQ.  Reallocation of unexported MAEQ/additional allocation of quotas to the willing sugar mills will help in achieving the MAEQ target during 2019-20 sugar season, Isma said further.