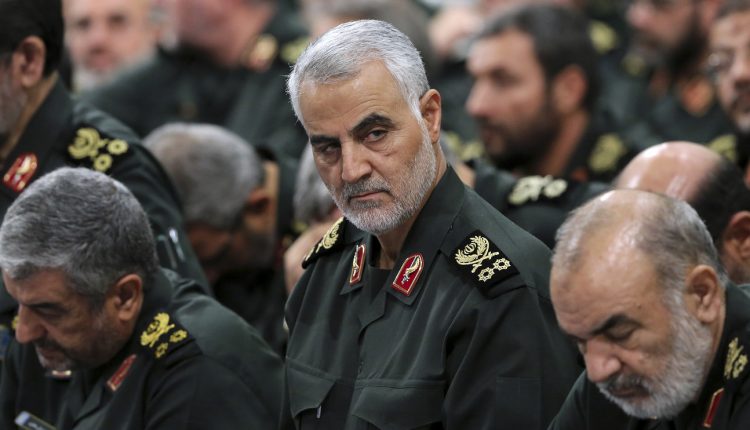 Congressional response to the death of a top Iranian general in a U.S. airstrike in Iraq was decidedly mixed Thursday night.


“This is very simple: General Soleimani is dead because he was an evil bastard who murdered Americans.”

Soleimani was the architect of Iran’s regional security apparatus, including anti-American militias in Iraq and Syria, and widely seen as one of the highest-ranking officials in Iran’s government. He had previously been declared a terrorist by the U.S.

The attack is likely to bring a strong military response by Iran and its allies in the Middle East against U.S. targets, and crude oil prices surged Thursday night while U.S. stock market futures fell.

“Qassem Soleimani masterminded Iran’s reign of terror for decades, including the deaths of hundreds of Americans,” Sen. Tom Cotton, R-Ark. tweeted. “Tonight, he got what he richly deserved, and all those American soldiers who died by his hand also got what they deserved: justice.”

“Wow — the price of killing and injuring Americans has just gone up drastically,” Sen. Lindsey Graham, R-S.C., said in a series of tweets. “Major blow to Iranian regime that has American blood on its hands. Soleimani was one of the most ruthless and vicious members of the Ayatollah’s regime. He had American blood on his hands. I appreciate President Trump’s bold action against Iranian aggression. To the Iranian government: if you want more, you will get more.”

“Gen. Soleimani has killed hundreds and hundreds of Americans, and was actively plotting more. This commander-in-chief — any C-in-C. — has an obligation to defend America by killing this bastard,” Sasse tweeted.

Some Democrats, however, expressed alarm at the possibility of the attack setting off a regional war.

“Soleimani was an enemy of the United States,” tweeted Sen. Chris Murphy, D-Conn. “That’s not a question. The question is this — as reports suggest, did America just assassinate, without any congressional authorization, the second most powerful person in Iran, knowingly setting off a potential massive regional war?”

His Connecticut colleague, Sen. Richard Blumenthal, agreed in a tweet. “Trump Admin owes a full explanation of airstrike reports—all the facts—to Congress&the American people. The present authorizations for use of military force in no way cover starting a possible new war. This step could bring the most consequential military confrontation in decades. My immediate concern is for our brave Americans serving in harm’s way.”

Presidential candidate Sen. Elizabeth Warren, D-Mass., also chimed in on Twitter: “Soleimani was a murderer, responsible for the deaths of thousands, including hundreds of Americans. But this reckless move escalates the situation with Iran and increases the likelihood of more deaths and new Middle East conflict. Our priority must be to avoid another costly war.”