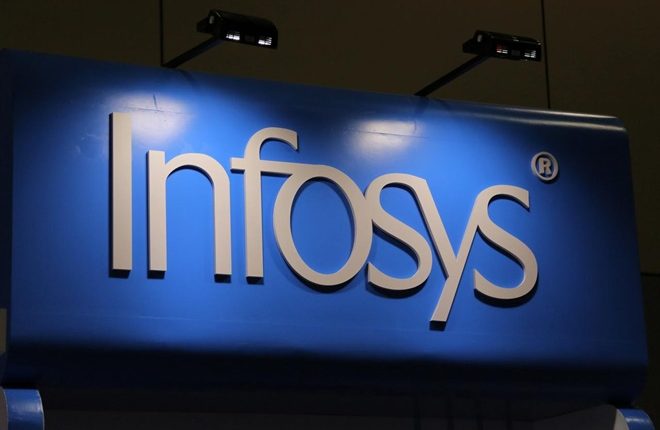 IT major Infosys on Friday posted a 2.04% sequential increase in revenue to Rs 23,092 crore for the third quarter of the current fiscal. The net profit stood at Rs 4,457 crore, up 1.08% on a sequential basis. The operating margin increased 20 bps to 21.9% from 21.7% in Q2FY20, meeting the Street expectations. The company maintained FY20 operating margin guidance range of 21-23% and increased its revenue guidance range for the fiscal to 10-15% in constant currency terms.

Digital continues to drive the revenue growth for the company and now contributes 40.8% of the overall revenue. North America remains the major contributor at 61.3% despite uncertainties from macroeconomic factors prevailing in the region.

Commenting on the strong performance, CEO and MD Salil Parekh said, “Q3 was turbulent, but we remained client relevant and deepened our engagement with them. This translated into a double-digit growth.” The firm closed large deals worth $1.8 billion in the quarter ended December 31, 2019. In dollar terms, the company recorded a 1% growth sequentially, from $3,210 million in Q2 to $3,243 million in Q3. The net profit stood at $626 million, a 24.6% Y-o-Y increase from $502 million in the year-ago period.

The company continues to invest in its work force and the consolidated attrition rate reduced 19.6% in Q3 from 21.7% in the previous quarter. “We have recognized managers and added 7,000 freshers from campuses, globally,” said COO Pravin Rao. “Milestone-based incentives were also given for freshers.” The company has been adopting local hiring strategy to deal with visa regulations in the US. Contrary to some reports, the company clarified that there is no plan to flatten title holders in the company to boost performance.

Infosys faced headwinds in the retail segment owing to fluctuations in consumer spend globally. However, the segment remains the second-largest revenue contributor at 15.3%. BFSI continues to be the major revenue generating segment, contributing to 31.5% of the company’s revenue, although in Q3, it decreased 0.4% sequentially from 31.9% in the last quarter.

The chairman of the board, Nandan Nilekani, who presided over the earnings conference, said the company has taken the recent whistleblower issue seriously and has completed a series of investigations partnering with Shardul Amarchand Mangaldas & Co and PWC and forming an audit internal audit committee. The committee has determined that there was no evidence of any financial impropriety or executive misconduct. “The audit committee had 128 interviews with 77 persons from the company, and reviewed over 210,000 documents from electronic sources, imaged devices with over 8 terabytes of electronic data being processed,” he said.

Contrary to negative market expectations that arose from the whistleblower issue, the company increased its market share to 62% in India. “Our clients continued to engage with us during this time and we also closed $1.8 billion worth of deals. Some of the deals were closed replacing our competition,” said Parekh.

However, the company is yet to get a clean chit from the Indian and US regulatory and legal bodies. The SEC has initiated an investigation into the whistleblower issue in India and the United States District Court for the Eastern District of New York has filed a stockholder class action lawsuit against Infosys, claiming that the IT major had violated the US Federal securities laws. The company intends to defend the litigation and cooperate with the regulatory bodies.