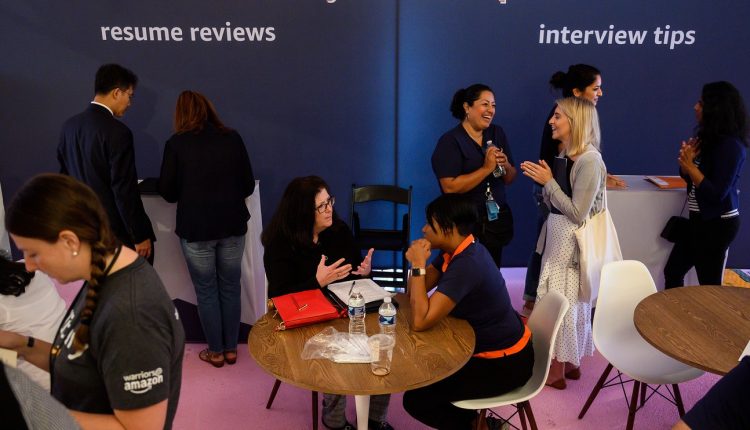 The U.S. economy probably added enough new jobs last month to push employment gains in 2019 above 2 million for the ninth straight year, but the pace of hiring is slowing.

Here’s what to watch in the U.S. Labor Department’s December U.S. jobs report due on Friday.

The number of new jobs created in December may have tapered off to about 160,000 from a surprisingly large 266,000 gain in the prior month, according to economists polled by MarketWatch.

The odds of another 200,000-plus increase at the end of 2019 seems highly unlikely. The big gain in jobs in November was partly inflated by 50,000 striking General Motors


employees returning to work. Stronger-than-usual hiring in fields such as shipping and transportation might also have been at work.

What’s going on? Manufacturers, hurt by the U.S. trade war with China, have cut back on hiring. Energy producers coping with lower prices have barely increased employment. And brick-and-mortar retailers facing an onslaught of online competition continue to shed jobs.

Moving into 2020, hiring is likely to continue to slow along with the economy.

Another restraint on hiring — but a more positive one— is an extremely “tight” labor market. The nation’s unemployment rate fell last month to a 50-year low of 3.5%.

Economists predict the jobless rate will be unchanged in December, but many think it will fall even lower in the months ahead.

What it means is, many companies that are still hiring simply can’t find prospective employees with the skills they need.

Read: Jobless claims fall for 4th week in a row to 214,000, back near post-recession lows

Firms reported “difficulties in finding qualified workers,” the Federal Reserve said in its most recent survey of the U.S. economy.

So even if the economy pulls a surprise in 2020 and speeds up, the pace of hiring might still lag behind. Total employment gains this year could fall below 2 million for the first time since 2010.

“The labor market continues to provide a solid foundation for the U.S. economy at the start of the new year,” said senior economist Sam Bullard of Wells Fargo Economics. “That said, we still expect the pace of job gains to slow markedly in 2020.”

The typical American worker is getting about a 3% raise each year and the pay figures for December are unlikely to diverge from recent trends.

What’s surprising is that wages aren’t growing even faster given the tight labor market. The yearly increase in wages topped out last year at 3.4% before dropping back down to just a little over 3%.

That’s still quite good and almost twice as fast as the increase in inflation, but many economists thought wage growth might hit 3.5% to 4% by now.

The silver lining is that stable wage growth is helping to keep inflation in check and the Federal Reserve on the sidelines. That’s contributed to a surging stock market

In the past an extremely tight jobs market has often led to higher labor costs, rising inflation and an increase in interest rates. Not this time around.

Dangerous security bug in TikTok identified: Data of millions of users at risk?