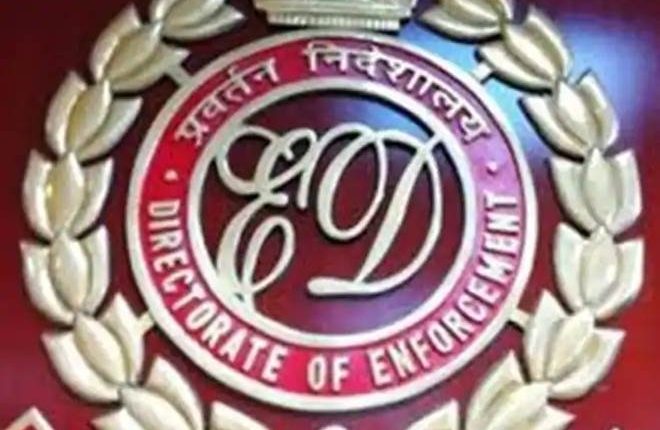 Assets worth over Rs 2,500 crore have been attached in connection with a money laundering and fraud case against Haryana-based SRS group, the Enforcement Directorate (ED) said on Thursday. “Movable and immovable assets like land, real estate projects, commercial projects, residential houses, a school, cinema hall, balances in bank accounts and fixed deposits totalling to Rs 2,510.82 crore of the SRS Group, its promoters, their family members and associate companies have been attached,” the agency said in a statement.

A provisional order for attachment of these properties has been issued under the Prevention of Money Laundering Act (PMLA). The group and its promoters have been accused of allegedly making fraudulent promises of giving high returns to investors in the guise of investments in real estate units like shops, plots, flats and apartments among others.

The SRS Group, as per information provided on its official website, is a diversified business house with a “strong presence” across multiple sectors that include gold and jewellery, commodities, cinemas, retail, hospitality, financial services, real estate, education and health care.

The ED said its probe found that the promoter of the group, Anil Jindal, and founder directors Jitender Kumar Garg and Praveen Kumar Kapoor along with other accomplices “hatched a criminal conspiracy” and lured investments from several individual and institutions on fake promises of high returns in the guise of investments.

Jindal was arrested by the Faridabad Police in 2018 as part of the probe. “These investments were later siphoned off into group companies through various shell companies of the group having dummy directors, who were mainly SRS Group employees,” the agency said.

“Further, they presented fake and fabricated balance sheets in order to enhance their turn-over and balance sheets,” it said. The accused kept investors in dark by not giving investor-specific investment plans, the ED alleged.

“To sustain their illegal investment schemes, the accused further availed loans which were used for re-payments and to develop their other projects,” the statement said. “These schemes of investment were not prudent financial structure but only proved their (the accused) mensrea (the intention or knowledge of wrongdoing) and culpability and with no intention of re-paying the amount invested,” it added.
The ED filed a criminal case under the PMLA against the group after studying separate criminal complaints filed by Haryana (Faridabad) and Delhi Police.