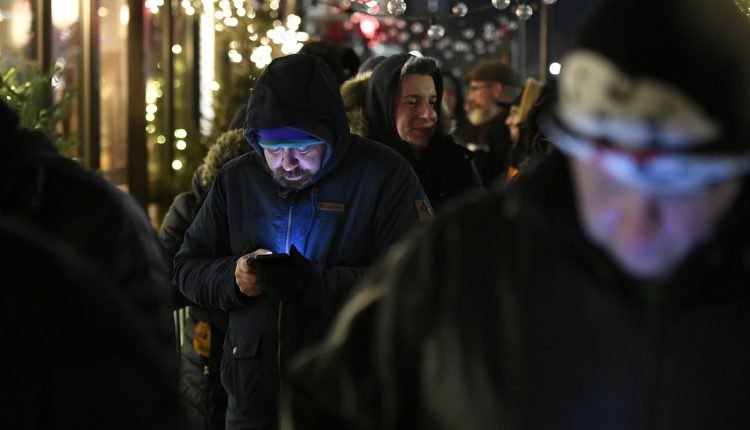 That’s the text emblazoned on a new physical attribute that’s cropped up this year at Chicago’s heavily trafficked airports in the wake of the state’s legalization as of Jan. 1 of recreational marijuana, as Block Club Chicago and other local media outlets have noted.

Did you pack weed in your carry-on? O’Hare and Midway airports now have boxes for dumping your recreational marijuana before boarding a plane. https://t.co/ArPYvkKjqJ

It’s not illegal to possess cannabis at O’Hare or Midway or other Illinois airports, and the Chicago police aren’t looking to identify travelers with cannabis, the Chicago Tribune reported, citing a police-department spokeswoman. Likewise, a blog post on the TSA website indicates the agency does not target cannabis in screening travelers and their luggage. But, as the possession of marijuana is illegal under federal law, and air space is regulated by the federal government, travelers who do not unburden themselves of any unconsumed product are likely onboarding some risk.


are on record as saying they’d prefer passengers not be holding, citing federal law.

Airports in Colorado and elsewhere have previously put in place similar receptacles for travelers suddenly possessed by the realization that they have arrived at the airport for travel to a destination where a product they are carrying will be illegal. After all, it’s not as easy or socially accepted to consume the remainder of a bag of marijuana while you remove your shoes and belt and place your belongings on the security-screening conveyor belt as it is, arguably, to guzzle the bottom half of that LaCroix. And the stakes are, if you will, higher.

Read on: MarketWatch’s complete coverage of the business of cannabis

Rupee climbs 22 paise against US dollar in early trade