Budget 2020: 5 key MSME challenges to be solved in mission mode by govt to jumpstart their growth 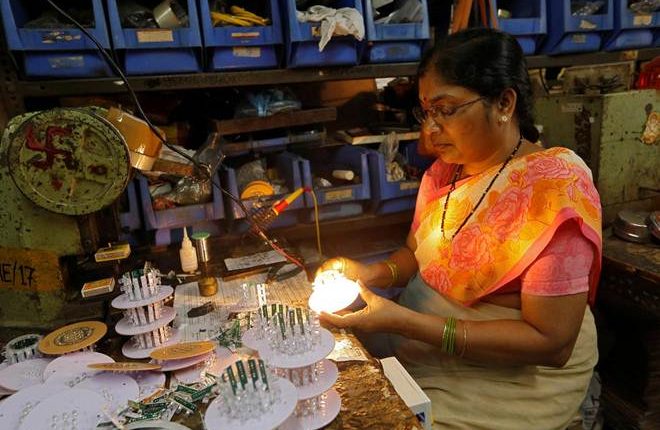 Union Budget 2020 India | Ease of Doing Business for MSMEs: With a sustained growth rate of over 10 per cent in the past few years, the MSME sector has come to represent the ability of the Indian entrepreneur to innovate and create solutions despite the logistical, social, and resource challenges across the country. Because of its huge contribution to the economy, the MSME sector is called the growth engine of the nation. In India, at present, there are 55.8 million enterprises in various industries, employing close to 124 million people. Of these, nearly 14 per cent are women-led enterprises, and close to 59.5 per cent are based in rural areas. In all, the MSME sector accounts for 31 per cent of India’s GDP and 45 per cent of exports.

Despite the rising importance of the MSME sector in the Indian economy, the sector is grappling with several issues that are hindering it from performing to its optimum. Amid fears of a slowdown, cut in jobs in various industries and rising unemployment, the MSME sector can play a big role, if aided and supported ably by the government as well as others.

Let me mention some of the top MSME issues along with solutions, which should be addressed in this year’s budget by the Finance Minister Nirmala Sitharaman, that in my opinion can be immediately acted on to give this growth engine a major restart.

Firstly, the lack of adequate and timely access to finance continues to remain the biggest challenge for MSMEs and has constrained their growth. The sector is not able to invest in its manufacturing, purchase raw materials timely, access new technologies or acquire new skills due to lack of funds which is a big handicap especially in its fight with global competitors. Slowdown and liquidity crunch has led to NPA woes which led Finance Minister Nirmala Sitharaman to announce at the recent ASSOCHAM anniversary celebrations event that restructuring in the MSME sector can be done without categorizing the loans as NPAs.

Secondly, technology is a big issue for MSMEs. Concerted efforts are needed to apprise MSMEs of new developments and technologies and how these can be usefully employed by them keeping in view the local conditions, in the language and mode which the locals can understand and assimilate. IITs, ITIs, Academics,  Process and Product Development Centers, Tool Room and Training Centers and such similar bodies should be encouraged to associate/involve actively with the local MSMEs clusters, understand and appreciate their technology-related problems and issues and undertake projects addressing the specific problems. Students, as part of their projects, should be encouraged to associate with local units and suggest innovations.

Watch Video: What is Union Budget of India?

Thirdly, MSMEs need a lot of handholding on several fronts. Clusters of MSMEs spread all across the country may be listed out and Common Facility Centers may be established at each MSME cluster, which, besides extending other common facilities like maintenance and provision of common facilities, facilitating availability of raw materials, marketing support, easy movement of goods and services etc., can guide and help in safeguarding the Intellectual Property Rights of the entities. These centres can facilitate individuals and entities in obtaining patents in respect of new technologies/products/innovations, in a cost-effective manner.

Besides, branding and packaging play an important role in marketing and help the product to establish itself and survive. The Common Facility Centers should continuously engage in research and innovation in this sphere and sensitize the local units in this regard.

Fourthly, GST has emerged as the biggest compliance issue before the MSMEs. It is time that the GST issues/bottlenecks are addressed and resolved at the earliest. Then there are issues related to labour, research, infrastructure and others for MSMEs. Some new Labour Law Codes are already in place and some others are in the pipeline. Equally important is to sensitize the State Governments/local bodies not to impose undue compliance burden on these units. Also, continuous research and development through State-funded institutions may go a long way in making MSMEs internationally competitive.

The government seems to have taken issues related to MSME on a priority now. To help MSMEs government has announced to launch E-commerce portal ‘Bharat Craft’ that will act as a direct interface between sellers and buyers. To boost employment opportunities, the Nitin Gadkari-led MSME ministry has launched a scheme of ‘second financial assistance’ to help the PMEGP and Mudra units expand or upgrade. Here one solution I specifically wanted to draw at the authority’s attention on. MSMEs are proprietorships or partnership firms. Even where they are registered as companies, they are in reality, deemed partnerships.  These entities have typically low asset base. Banks and other lending institutions may accordingly re- align their lending policies and practices as per practical realities of MSMEs, like in place of asset-based lending, lending may be based on potential/IPR of the unit, the credit score of individuals behind the unit, etc.

I am very positive for the coming future as MSME Minister Nitin Gadkari and Finance Minister Nirmala Sitharaman themselves are aggressively batting for the sector. Now PM Modi has called out for Indians to buy India made, local products for at least the next few years. That’s encouraging for all MSMEs. I see good times for MSME just round the corner.

(Pavan Kumar Vijay is the Founder at Corporate Professionals Group. Views expressed are the author’s own.)