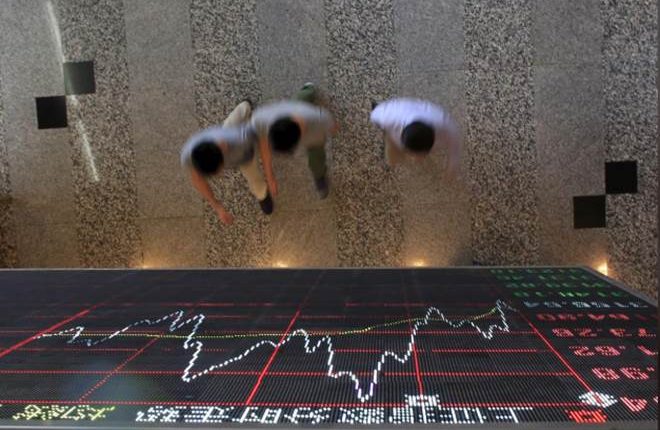 The tone in global financial markets has turned cautious after a US airstrike killed a top Iranian commander, fueling concern over an escalation in tensions. US stock futures dropped and Asian shares reversed gains, while oil spiked along with the yen and gold. Qassem Soleimani, a feared Iranian general who through proxy militias extended his country’s power across the Middle East, was killed at the direction of US President Donald Trump. The risk-off move deepened after Iran’s supreme leader, Ayatollah Ali Khameini, said “severe retaliation” awaited Soleimani’s killers.

The shock news comes after most asset classes had a stellar 2019, with US equities capping one of the best years of the past decade.

Here’s what some analysts are saying about the outlook:

“We are moving potentially from proxy (Iran) versus proxy (Saudis and US) to potentially direct Iran-backed forces versus US forces.” However, “net-net, I struggle to see what Iran can really do.”

“People are still not back at their desks fully until next week to mid-January, so illiquidity could give us some overreaction to the downside. Still, let’s see how the next 24 to 48 hours play out. Remember, it’s the weekend already in the Middle East.”

The gain in oil “honestly feels a touch overdone.” But this is positive for US defense spending and even French defense stocks could get a boost later, he noted.

“So much for Trump calling troops home.”

“This attack merely highlights the geopolitical risk of the oil markets, and the market undergoing a possible oil shortage in the first one to two quarters of 2020.

“We didn’t do anything on the news as we have already bought some oil stocks such as CNOOC and Total when oil was trading close to $60s at the end of 2019.”

It was a surprise to see the dollar moving significantly against Asian currencies even though “the news shouldn’t impact Asia directly and we’re talking about at least two to three degrees of separation. This overreaction can be attributed to a rally in gold and also the Japanese yen, both classic safe havens. That highlights the magnitude of market risk aversion right now from the news.”

The 108.00 level on dollar-yen will be of significant interest as we’ve not traded below this level since early November.

“Ultimately this is likely to have been exacerbated by thin liquidity and we may see equally swift pullbacks — this is assuming that US markets remain buoyant.”

“Investors are worried that the situation in Iran will worsen, since there could be some retaliation after the US attack. People will want to cut risk ahead of the weekend. Stocks have rallied a lot in the past month or so, so any bad news flow is a reason to take profit.”

“The reversal of risk-on sentiment will keep Asian FX under pressure. The USD Index also appeared to find a footing. These factors will probably prompt profit-taking flow on EM Asian FX. The magnitude could be amplified by thin liquidity during the New Year holiday.”

“Risk appetite has worsened as reflected in the weakness in high-beta currencies in the region in particular. Much now depends on whether there is any retaliation. In the near term, losses in risk assets are likely to be contained.”

7) Credit Agricole CIB
David Forrester, a foreign-exchange strategist in Hong Kong, who predicts the yen could rise to 106 per dollar by the end of the first quarter

“The market is pricing in risk of a potential Iranian response to the US air strikes, which is pushing up gold and oil prices as well as the yen.

“There has been a lot of good news priced into the market in terms of the US-China trade deal and US economic growth. US ISM manufacturing data out later today will be critical in determining whether dollar-yen can break below its two-month trading range.”