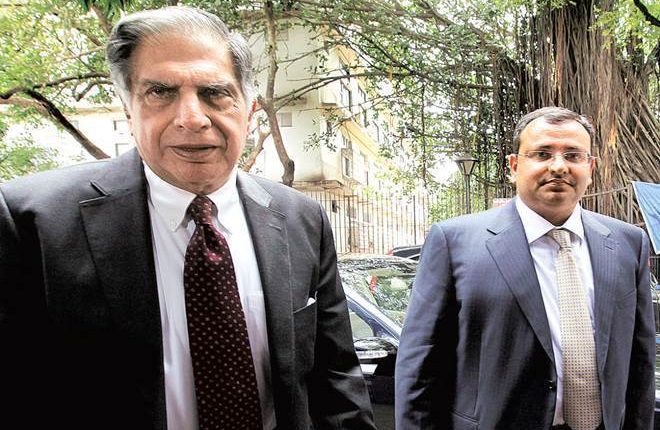 A day after Tata Sons moved the Supreme Court, its chairman-emeritus Ratan N Tata moved the top court on Friday in his personal capacity. Tata asked that the NCLAT order, that found him guilty of taking oppressive and prejudicial steps against the interest of the shareholders of Tata Sons, be quashed.

Besides Ratan Tata, TCS, Tata Tele and Tata Trusts have also separately moved the SC seeking stay on reinstatement of ousted Cyrus Mistry as director of the three group companies. Tata Sons Ltd had on Thursday approached the top court against the re-instatement of Mistry as its executive chairman asking the NCLAT order, which termed conversion of Tata Sons from public to private company as ‘illegal’, be set aside.

Ratan Tata, who stepped down as Tata Sons chairman after handing over the reins to Mistry in December 2012, said the NCLAT has found him guilty without any “factual or legal foundation of the oppressive and prejudicial” steps.
The NCLAT’s December 18 judgment is “specious, wholly erroneous and unsustainable,” and the reliefs granted were prejudicial to the interests of Tata Sons and all its stakeholders including him, he said. “The findings of the appellate tribunal are wrong, erroneous, contrary to the record of the case and require consideration by the SC,” Ratan Tata said.

“Such reliefs, if not set aside by the SC, would cause chaos in the functioning of Tata Sons, undermine shareholder sovereignty and lead to a break-down of its governance structure,” the Tata patriarch, who is also a shareholder and former executive chairman and director of the Tata Sons Pvt Ltd (formerly Tata Sons Ltd), added.

The appellate tribunal had castigated Ratan Tata and others for “unfair abuse of powers” and held them responsible for engineering the coup to oust Mistry as the executive chairman of Tata Sons. It had also said that Ratan Tata and the nominee of the ‘Tata Trusts’ shall “desist from taking any decision in advance which requires majority decision of the board of directors or in the annual general meeting”.

“The judgment is also infirm because it blatantly indulges in propagating a selective narrative where relevant facts and record have been glossed over, submissions made by the appellant (Ratan) and other respondents have been ignored and if noticed then are not been dealt within the impugned judgment… the pretense of reasoning and judicial approach is betrayed by omission to consider the record itself,” the appeal said.