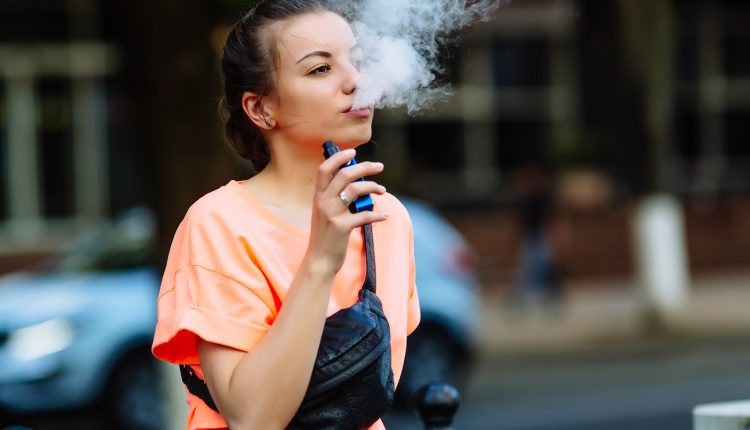 That’s according to researchers from the National Bureau of Economic Research, City University of New York and Bentley University. Higher e-cigarette taxes in Minnesota increased smoking rates and led to a fall in the rate of adult smokers who quit, “implying that e-cigs are a likely substitute for conventional cigarettes among current smokers,” they said.

The researchers analyzed 1992 to 2015 data from the Current Population Survey’s tobacco-use supplements. Taxing e-cigarettes at the same rate as cigarettes would increase e-cigarette prices by about 62%, but also boost traditional cigarette smoking by about 8%, and deter some 2.75 million smokers from quitting, projected the study circulated by NBER.

Among Minnesota’s roughly 600,000 adult smokers in 2014, some 32,400 additional adults would have quit smoking during the sample period had that tax not been in effect, the researchers found. Applying the state’s tax at a national level would have deterred an estimated 1.83 million smokers from quitting over 10 years, they added.

“We find consistent and robust evidence that the e-cig tax in Minnesota increased adult smoking relative to what it would have been in the absence of this tax,” the authors wrote.

There is no federal e-cigarette tax, but at least 20 states and Washington, D.C., have approved some kind of tax on e-cigarettes, according to the Campaign for Tobacco-Free Kids, a nonprofit advocacy organization. Minnesota in 2010 was the first state to implement an e-cigarette tax, and in 2013 hiked its tax from 35% of the wholesale price to 95%, the study authors said.

Despite their results suggesting that e-cigarettes can help adult smokers quit, “this needs to be balanced against the goal of reducing vaping and nicotine use among youth,” the authors said. “The public health benefits of not taxing e-cigarettes must be weighed against effects of this decision on efforts to reduce vaping by youth.”

E-cigarette products have received close attention amid an ongoing youth vaping epidemic and a recent outbreak of e-cigarette-related lung illnesses linked to vitamin E acetate, an additive found in some THC products. President Donald Trump last month approved a spending bill that would, among other things, increase the minimum legal age from 18 to 21 for tobacco purchases, including e-cigarette products.

The Food and Drug Administration is also planning to ban sales of fruit-flavored e-cigarette pods, while allowing tobacco and menthol flavors to remain on the market, the Wall Street Journal reported this week.

The Centers for Disease Control and Prevention also warn that nicotine use among adolescents “can harm the parts of the brain that control attention, learning, mood, and impulse control.”