As tensions mount with Iran, should you be worried about rising oil prices? 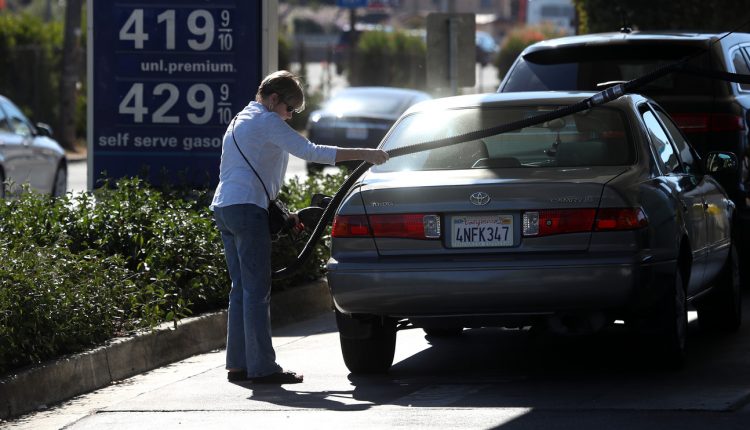 The death of an Iranian military leader in a U.S. airstrike has sent markets reeling. But U.S. consumers won’t feel the impact of rising oil prices immediately.

Qassem Soleimani, the leader of the foreign wing of Iran’s Islamic Revolutionary Guard Corps, was killed in an airstrike on Baghdad’s international airport Friday. Soleimani was previously described as being second to only the Supreme Leader Ayatollah Ali Khamenei in Iran.


all fell in morning trading as markets reacted to the news. The 10-year Treasury yield


jumped 3.42% to more than $63 on Friday morning, the highest level since April 2019. But one analyst suggested that oil prices


could go as high as $80 even if a full-blown war between the U.S. and Iran didn’t materialize.

But experts say escalating tensions between the U.S. and Iran won’t be felt as acutely on U.S. shores as previous conflicts in the Middle East.

The past isn’t precedent when it comes to gas prices

Historically, conflict in the Middle East has translated into higher prices at the gas pump for American drivers. In 1990, when the first Gulf War began, gas prices rose 11% over the previous year as a result of the conflict. And before that gas prices increased by almost a third between 1979 and 1980 as a result of the Iranian Revolution.


We’ve added 7.5 million barrels a day of oil production versus a decade ago. That has been a paradigm shift in terms of the global demand and supply balance.’

These days, however, the global landscape of oil production is very different in one major way: The U.S. is now one of the world’s largest oil producers. And that’s good news for Americans.

“We’ve added 7.5 million barrels a day of oil production versus a decade ago,” said Patrick DeHaan, head of petroleum analysis at GasBuddy, a Boston-based technology company that analyzes gas prices across the country. “That has been a paradigm shift in terms of the global demand and supply balance.”

The shale boom has meant the U.S. no longer relies on foreign oil to the same extent it did back during the 2003 U.S. invasion of Iraq, also known as the Second Gulf War. As a result, U.S. oil production should provide a healthy buffer for consumers from skyrocketing gas prices, analysts say.


‘Saudi Arabia literally has switches they can pull, and within perhaps a week they can have over a million barrels a day of additional production available.’

However, if oil prices rise even more — and for a more extended length of time — U.S. oil producers will have a more difficult time keeping a lid on gas prices. Oil producers in the U.S. are already operating near full capacity, so if prices rise they would not be able to increase supply to bring prices lower.

Saudi Arabia, on the other hand, could. “Saudi Arabia literally has switches they can pull, and within perhaps a week they can have over a million barrels a day of additional production available,” DeHaan said. “They could certainly blunt any potential impact on the price of oil as a result of Iran’s potential escalations.”

What heightened tensions mean for your upcoming travel plans

Longer term, if oil prices did increase as a result of an extended conflict, that could — in theory — affect people’s choices in terms of how and where they travel. “If we see a substantial impact to crude oil, we’re going to see the national average for gas price increase as well,” said Jeanette Casselano, director of public relations at AAA, the Florida-based auto club. “When gas prices get more expensive, people make changes to their driving lifestyle.”

That doesn’t mean people will stay off the roads entirely. Rather, people may take shorter road trips, particularly during the summer months if the tensions continue until then. But that, analysts caution, is both a speculative and long-term perspective.


— in anticipation of the higher costs those companies could incur. If oil prices stay elevated for an extended period of time, airlines would eventually respond with higher fares, Casselano said.