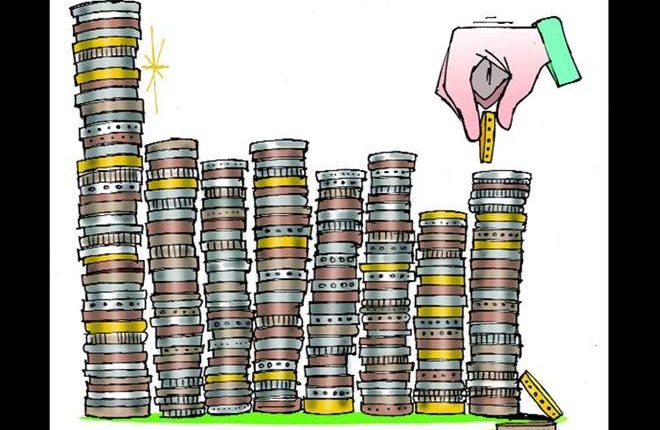 Private equity investments in the country are expected to grow 15-20 per cent in 2020 as investors pin hopes on the country’s long growth potential after a blockbuster year when credit flow through regular channels turned slow, according to experts. While the final figures vary, the amount of PE investments in the year gone by is estimated to be more than the total inflows recorded in 2017 and 2018. Reflecting bullish sentiments, PE and VC (venture capital) investments soared 18 per cent to USD 44.2 billion at the end of November 2019 compared to the entire 2018, mainly on the back of large inflows into the infrastructure sector, according to global professional services organisation EY.

Prashant Mehra, Partner at leading consultancy Grant Thornton India LLP, said PE investments would have been more than USD 31 billion in 2019. “We think we will end the year (2019) at USD 48-50 billion of PE/VC investments, which is around 1.7-1.8 per cent of GDP. This is in line with Chinese and OECD country norms, and so it appears that PE/ VC industry has come of age in India. “Going forward, we expect PE/ VC investments to grow at may be 15-20 per cent in calendar year 2020,” Vivek Soni, Partner and National Leader, Private Equity Services, EY (India) said. Experts opined that various government initiatives, improvement in ease of doing business as well as investment structures like Infrastructure Investment Trusts (InvITs) and Real Estate Investment Trusts (REITs) are helping in attracting new class of investors.

Mehra said PE fund raising would continue to show an encouraging trend and termed domestic economic slowdown a temporary factor. “The macro-economic factors seem positive and the larger objective of continued long-term potential coupled with weak global cues would retain investor interest in India Inc,” he noted. Soni said with yields in the US, Europe and Japan generally on a declining trend, large pools of global capital are hungry for long dated investments in yield generating assets. “Hence, we are seeing large global pension funds like Canada Pension Plan Investment Board (CPPIB), CDPQ etc, as well as sovereign wealth funds like GIC, the Abu Dhabi Investment Authority (ADIA) etc, make large investments in the Indian infrastructure sector,” he said. The growth in PE investments was aided by deal sizes becoming larger owing to increasing number of buyouts. In 2019, there have been at least 99 large deals, valued at more than USD 100 million, aggregating USD 32.9 billion. This compares to 81 large deals aggregating USD 27.9 billion in 2018. Last year, at least 56 buyout deals worth USD 15.1 billion were recorded. Overall, there were 49 deals valued at USD 10.4 billion in entire 2018.

Sector wise, in 2019, more than 50 per cent of deal values came again from core sectors such as telecom, infrastructure management, energy & natural resources and banking & financial services. The year 2020 would probably be dominated by BFSI and Consumer/ Retail. Tarun Bhatia, MD and Head of South Asia at risk management firm Kroll, said post IL&FS crisis in late 2018, the credit market dried up and many companies were left wanting for funds for growth. “PEs took advantage of this opportunity and have been actively investing at attractive valuations.

There is growing interest for taking substantial minority or majority stakes. Even buyout market has picked up. Almost a third of transactions are over 50 per cent stake,” he said. In the upcoming Budget, investors are hoping that the government would focus on economic growth, Bhatia noted. If they don’t see that, then investors will re-evaluate investments. They are increasingly asking questions about geo-political risks and growing social unrest – its impact on the broader economy and growing incidence of frauds in listed and private companies, he said.

Power demand rises 1.3% in December after 4 months of contraction