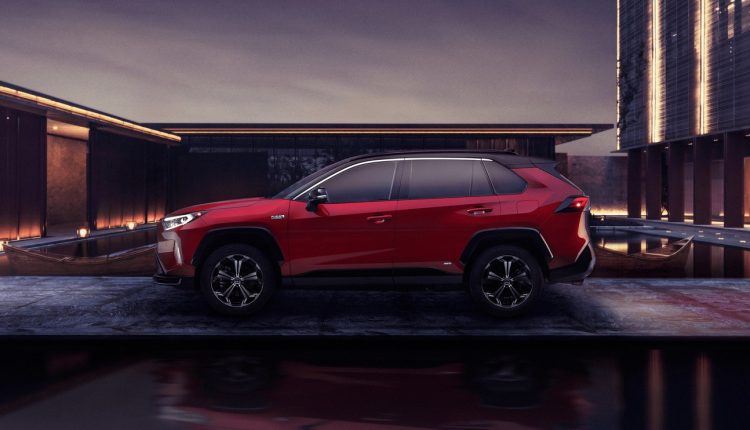 When we heard that Toyota


was finally coming out with a plug-in hybrid variant of the wildly popular RAV4, we can’t say we were expecting to see a performance model. However, that’s exactly what we’re getting in the form of the 2021 Toyota RAV4 Prime, which borrows its “Prime” nomenclature from the plug-in hybrid Prius Prime. The RAV4 Prime is the most efficient, most powerful and quickest RAV4 ever, and that’s just the beginning of what makes it appealing.

When we talk about any electrified vehicle, we always need to talk about how fast and how far it can go. The RAV4 Prime is a plug-in hybrid, meaning it can run on electric power alone or as a hybrid of both an electric motor and a gas motor. Toyota is estimating 39 miles of all-electric range and an impressive 90 combined MPGe rating. That means it can travel 90 miles on the same amount of energy produced by burning a gallon of gas. If it does hit that 39-mile range, it will have the longest all-electric range of any PHEV SUV on the U.S. market.

Related: The newest electric vehicles with the most range

OK, so it’s obviously very efficient. That’s not a big surprise for a PHEV from Toyota. What is surprising is its performance. The Toyota RAV4 Prime is rated at 302 horsepower, which is one hp more than a V6-powered Camry or Avalon. That’s an 82-hp boost over the conventional RAV4 Hybrid. Toyota is projecting a 0-60 mph time of 5.8 seconds, which is a full two seconds faster than the RAV4 Hybrid. Another highlight: You don’t need to spring for premium fuel for this great performance and efficiency. The RAV4 Prime runs on regular-grade gas.

Did we mention it has standard all-wheel-drive?

The RAV4 Prime will be available in two trims, SE and XSE. Standard equipment on the base SE is plentiful, including heated front seats, an 8-way power driver’s seat with lumbar adjustment, a 7-in driver information display, an 8-in infotainment system with Android Auto, Apple CarPlay and Amazon Alexa, a power lift gate, and blind spot monitoring. There’s an available Weather & Moonroof Package which adds a moonroof, a heated steering wheel, heated rear outboard seats, a windshield wiper de-icer and rain-sensing wipers.

Upgrade to the XSE model and you get some aesthetic upgrades like two-tone exterior paint with select colors, 19-in wheels and some LED accent lighting unique to the XSE trim. The interior is upgraded with paddle shifters, a moonroof, SofTex synthetic leather seating, wireless device charging, ambient lighting and a 9-in infotainment system with an available Premium Audio package that adds JBL speakers and navigation. To add even more, you can upgrade to the Premium Package, which includes the contents of Premium Audio plus perforated and ventilated front seats, a head-up display (a RAV4 first), heated rear outboard seats, a heated steering wheel, a panoramic moonroof, a rearview camera mirror, a memory driver’s seat, a hands-free power lift gate, a 360-degree mirror and a power passenger seat.

Also see: 10 cool things about the Ford Mustang Mach-E, besides being electric

When can I get one?

The 2021 Toyota RAV4 Prime will be available in the summer of 2020. Pricing has yet to be announced for this model and since it’s the first-ever RAV4 Prime, it’s hard to estimate how it will be priced. What we do know is that it will come with an excellent hybrid battery warranty covering 10 years from the original date of its first use or 150,000 nukes, whichever comes first.