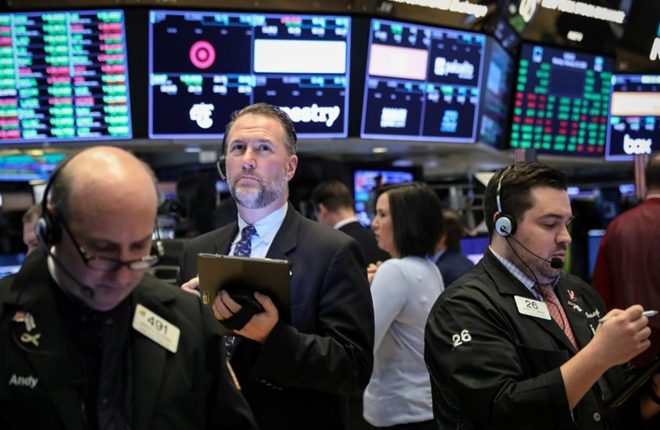 World markets looked to have overcome their new year wobbles on Thursday, as the United States and Iran backed away from conflict in the Middle East. Asia’s best day in weeks and a strong European open pushed the main global stocks index back towards a record high. Traders also moved out of their shelters in the Japanese yen, gold and government bonds.

Iran fired missiles at military bases housing U.S. troops in Iraq on Wednesday in retaliation for a U.S. drone strike that killed a top Iranian general. But in an address on Wednesday, U.S. President Donald Trump said no Americans were hurt and made no direct threats of a military response.

“Iran appears to be standing down, which is a good thing for all parties concerned and a very good thing for the world,” Trump said. He announced economic sanctions on Iran without giving details. Iranian Foreign Minister Mohammad Javad Zarif had earlier said the strikes “concluded” Tehran’s response to the killing of its general, Qassem Soleimani.

“The obvious first conclusion to make is that we see the potential for further yen depreciation going forward,” said MUFG’s EMEA head of research, Derek Halpenny, adding that $1.10 could be possible and that the euro might lose ground, too.

The yen, considered a safe haven during geopolitical turmoil because of its deep liquidity and Japan’s current account surplus, continued to reverse its 2020 gains in European trading. It was last down 0.2% at 109.36, its lowest in a week and a half.

Another safe currency, the Swiss franc, also fell against both the dollar and the euro. In Asia, stock markets took their cue from Wall Street’s intraday recovery. MSCI’s broadest index of Asia-Pacific shares outside Japan rose 1.3%, its biggest gain in almost a month.

Hong Kong’s Hang Seng and Shanghai blue chips each added more than 1.2%. Japanese stocks gained 2.3% to their highest for the year. Australian stocks rose 0.8% to a record closing high. Futures markets pointed to gains continuing in the United States, with S&P 500 futures up 0.3% and Dow futures 0.4% higher.

“I think today is a bit of a relief rally,” said Shane Oliver, Chief Economist at AMP Capital in Sydney. “Yesterday, investors were fearing the worst, that this was the escalation now underway. “The news overnight has been more along the lines that Iran pulled its punches and Trump is toning things down, which is seen by investors as substantially reducing the risk of a war.”

Oil is cheaper than it was before the killing of Soleimani. Brent futures steadied at $65.41 per barrel, about where they began the year. Gold fell to $1,544.80 per ounce, giving back Wednesday’s gains but remaining more expensive than it was before Soleimani’s death, suggesting investors’ fears have not evaporated.

U.S. Treasuries, which had soared in the flight to safety, also settled back. Yields on the benchmark 10-year U.S. Treasury note were at 1.8685%, after dropping as low as 1.705%. European bond yields were also at one-week highs, with the benchmark German Bund yield almost 4 basis points higher on the day at -0.22%, albeit still below last week’s seven-month highs.