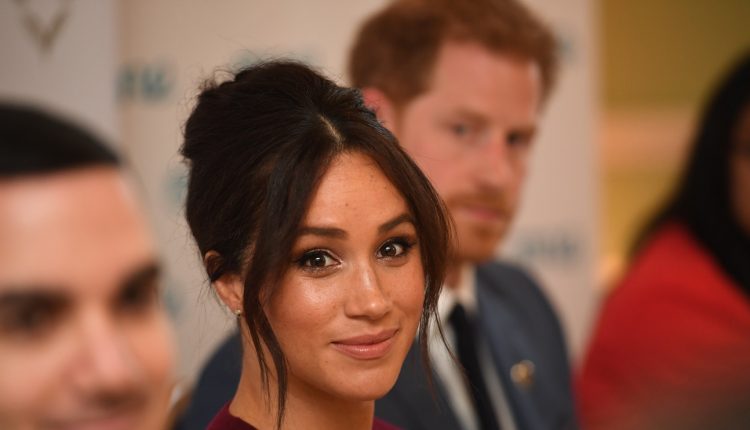 Harry and Meghan don’t know how good they have it. They want to bust out of their gilded cage and roam free, but they’re so naive they’re like fluffy kitties who have never crossed a busy road before and are likely to get squashed if they try.

A key motivation to the shocking Megxit announcement this week — even as the Queen warned Meghan and Prince Ginger Whiskers against going public with their moronic plan — was their fury with the media. They hate the “Royal Rota” system, in which a designated royal reporter and photographer cover their events as representatives of the entire media and the royals have to do a little light waving and smiling and generally go along with it. What they don’t seem to understand is that this system exists for their protection; in exchange for the small compromise of making nice with designated journos on a set schedule, they get a break from the pandemonium of being trailed by hordes of invasive paparazzi at all times.

They think life is so great outside the Firm? Let them call up Brad Pitt and Angelina Jolie. Those two aren’t royals. How much privacy did they enjoy during their relationship? Being in the crosshairs of the media evidently took its toll on both of them. Pitt lamented on a podcast released earlier this week that, “I’m just, like, trash mag fodder. I don’t know … because of my disaster of a personal life, probably.” He developed a drinking problem that hit crisis level on a plane in 2016, after which Jolie dumped him. It’s not clear whether Pitt has any relationship with his son Maddox, 18, who is now a university student in Korea. When an interviewer asked about his dad visiting him on campus, Maddox said, “I don’t know about that [or] what’s happening.” Asked whether the pair’s relationship is over, he added, “Well, whatever happens, happens.” Being a global celebrity who isn’t in a royal family isn’t automatically easy.

Like all celebrities, H & M think their media coverage is intrusive but in their case they think the coverage is also racist and insufficiently respectful of their self-image, which is cool global ambassadors of woke. They envision puff pieces that portray them as daring new avatars for social justice, and there will be a few of those. But they also envision enjoying total control over their image. That just isn’t going to happen. They say that in the future they will work only with “grassroots media organisations and young, up-and-coming journalists” and “provide access to credible media outlets focused on objective news reporting.” In other words: You’re fired, media. H & M dream of picking and choosing their own outlets, preferably the “grassroots” (read: progressive) ones that will amplify the political virtue-signaling envisioned by the Woke Wallis Simpson (as Brendan O’Neill of Spiked dubbed the former Ms. Markle).

As if! Within the royal embrace, media coverage is bubble-wrapped. Out there in the cold cruel world of ordinary celebrity, it’s anything goes. No “Royal Rota” agreement applies in Hollywood. It’s every paparazzo out for himself, every time you go out for a coffee, and when you’re on your own property you have to pay for your own security to keep them at bay instead of sending the bill to the taxpayer. The Royals, because of the circumstances of Princess Diana’s death and because of the institutional respect commanded by the Crown, are just about the only celebs west of Vladimir Putin who can enforce any limits whatsoever over their coverage.

Besides, if H & M ever were to break completely free of the Firm (unlikely), a big chunk of their mystique would be gone. They’ll soon find themselves being mocked for pimping out their new Sussex Royal brand. Hoodies, T-shirts, socks, ball caps and pencils — really? They’re going to leverage a thousand years of dignity and tradition for a bunch of cheesy crapola that’s going to wind up at the Dollar Tree? The whole point of being royal is to float above and beyond ordinary existence, to make ordinary mortals fantasize about what it’s like to be you. Once you’re doing interviews with E! or hawking Christmas ornaments on the Home Shopping Network, you’re just two schmucks getting torn apart by the late-night comics.

PayU buys PaySense, to merge it with LazyPay