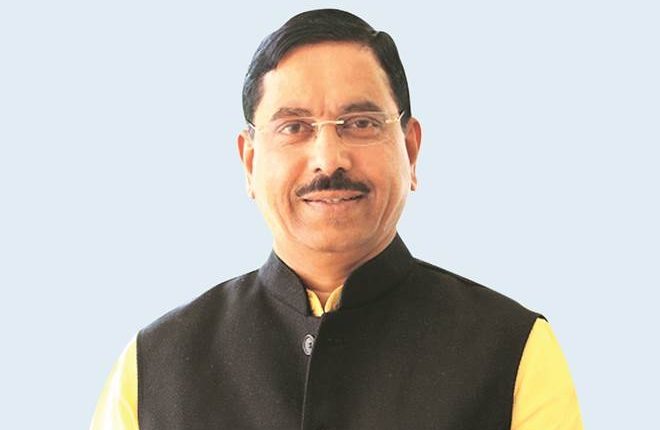 With the recent Cabinet decision to remove end-use restrictions in coal blocks to be put up for auctions, dozens of coal mines with abundant reserves of the fuel could be up for grabs soon. The step is also seen to attract FDI in the sector, which has largely been a monopoly of state-owned Coal India (CIL) – the largest coal miner in the world. Union coal minister Pralhad Joshi spoke to Anupam Chatterjee on the future course of action. Excerpts:

Is it the end of captive coal blocks?
Hereafter, we will decide on captive allocations only for PSUs. Every other coal block auction would be done for selling in the open market. As far as the government is concerned, there is no confusion regarding that. Once the Mineral Laws Amendment Ordinance, 2020 comes out in a few days, then it should be very clear to all.

When is the first auction of commercial coal blocks expected?
The first commercial auction is expected in another 4-5 months. I want to have a detailed consultation with stakeholders before bringing out the first such auction. We expect the industry to react positively to this progressive and forward looking decision. We want the exercise to be very ‘participative’. Depending on the industry reactions, we are even open to tweaking the commercial mining modalities which were cleared by the Cabinet in February, 2018.

Does these necessitate the formation of a coal regulator?
It is on our agenda. More importantly, we want to let the sector grow first, for which these reforms have been initiated.

What about the existing linkages and fuel supply agreements (FSA) with CIL?
FSAs are commercial documents. So government doesn’t make in changes in that. These are executed by commercial entities. CIL is the pride of our country. But there will be other suppliers in the future. Customers allowed to make rational choices. Still, CIL would remain the dominant supplier.

How do you plan to tackle potential resistance from labour unions?
That should not be any problem. I am assuring that CIL will be our major supplier. We have recently allocated 16 blocks to them. The coal ministry has also assisted CIL in receiving forest and environmental clearances for a number of its mines. Even if no additional blocks are added to CIL’s kitty from today, it can comfortably run for another 30-40 years. They have no reason for them to worry. We are in need of coal. CIL is one of the most economical coal producers. The opening of the market can make them more competitive as well.

While global mining firms are seemingly withdrawing from the coal sector in a gradual manner, why do you think they will come to India?
Whatever said and done, coal will be there for another 40 years. Even now, it remains the most important source of electricity generation, in India and the world. This should attract global players. One hundred fully explored coal blocks are ready for offering. There are other partially explored blocks as well. Six blocks, with cumulative reserves of 4 billion tonne, were cancelled recently from states and PSUs and these will also be put up for commercial auctions. Many other blocks which had been allotted to the PSUs has not been operationalised yet. We will check on their status and even those mines can be put up for auctions for sale in the open market. Some officials from from power sector PSUs have told me that coal mining is not their forte. Such mines would be more efficient if they are run by expert miners.

Do you see these sudden policy changes may risk supply stability to the power sector?
I don’t think there is any risk of supply disruption to the power sector with the market dynamics changing. Now anyone can buy coal from anywhere. That is the larger picture I’m seeing today. For this to happen, a strong political will was needed. The step to open the coal market is also in line with the BJP’s pre-election manifesto, which promised to increase the contribution of the mining sector to the GDP from the current level of 1.5% to 2.5% by 2024. Also, how can Make in India succeed without raising the output of coal and electricity. There are mining projects in the country (in non-coal) which are stuck since 1974 when the first bore-well was dug. Things cannot stay that way.

Analyst Corner: On ASTRA, maintain ‘hold’ with a Target Price of Rs 1,075