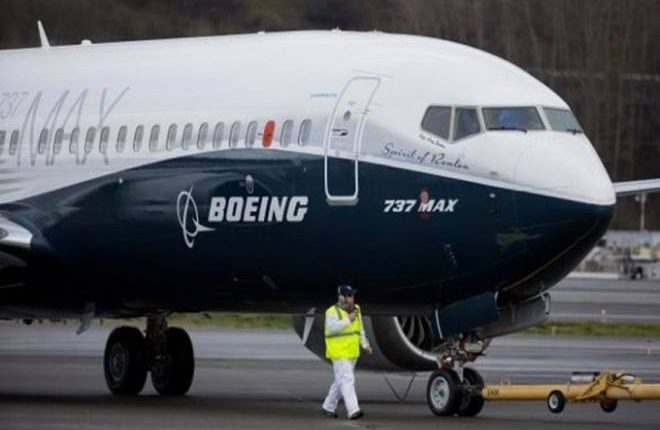 Boeing Co on Thursday released hundreds of internal messages that raise serious questions about its development of simulators and the 737 MAX that was grounded in March after two fatal crashes, prompting outrage from U.S. lawmakers. In an April 2017 exchange of instant messages, two employees expressed complaints about the MAX following references to issues with the plane’s flight management computer. “This airplane is designed by clowns who in turn are supervised by monkeys,” one unnamed employee wrote.

In one message dated November 2015, which appears to shed light on lobbying methods used when facing demands from regulators, a Boeing employee notes regulators were likely to want simulator training for a particular type of cockpit alert. “We are going to push back very hard on this and will likely need support at the highest levels when it comes time for the final negotiation,” the employee writes.

The planemaker said some communications “raise questions” about Boeing’s interactions with the Federal Aviation Administration (FAA) in connection with the simulator qualification process. In releasing redacted versions of what it called “completely unacceptable” communications, Boeing said it was committed to transparency with the regulator. Unredacted versions of the messages were turned over to the FAA and Congress in December.

House Transportation Committee Chairman Peter DeFazio, who has been investigating the MAX, said the messages “paint a deeply disturbing picture of the lengths Boeing was apparently willing to go to in order to evade scrutiny from regulators, flight crews, and the flying public, even as its own employees were sounding alarms internally.”

He added: “they show a coordinated effort dating back to the earliest days of the 737 MAX program to conceal critical information from regulators and the public.” The FAA said after its review of the documents “it determined that nothing in the submission pointed to any safety risks that were not already identified as part of the ongoing review of proposed modifications to the aircraft.”

It also said: “any potential safety deficiencies identified in the documents have been addressed.” The FAA added: “the tone and content of some of the language contained in the documents is disappointing.” Boeing said Thursday it is confident “all of Boeing’s MAX simulators are functioning effectively” after repeated testing of simulators since the messages were written.

The communications “do not reflect the company we are and need to be, and they are completely unacceptable,” it said. The messages include some from a former Boeing senior technical pilot, Mark Forkner, Boeing officials said. In October, Boeing disclosed other messages from Forkner that said he might have unintentionally misled regulators and raised questions about a key safety system in testing.