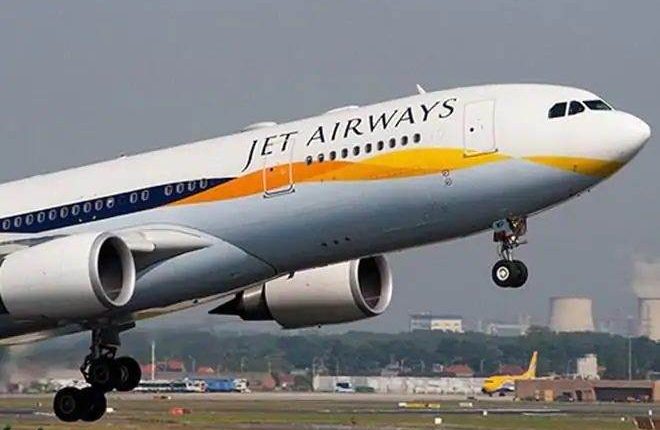 The insolvency proceedings of grounded Jet Airways have hit yet another snag after two of its lenders, IDBI Bank and Indian Overseas Bank, on Wednesday sought an exemption from releasing funds as they are under the central bank’s prompt corrective action (PCA) framework.

The two banks’ plea coincided with NCLT’s warning to Jet CoC of contempt proceedings if they do not release interim funds to the resolution professional by January 20 for completion of insolvency proceedings.

“We again reiterate and instruct the constituents of CoC to forthwith release the amounts as required by the RP so that the process of corporate insolvency resolution process (CIRP) can be completed and the asset value (of Jet Airways) is protected,” said Justice Bhaskar Pantula Mohan, one of the member judges of the Mumbai-bench of NCLT. He also said pilots should be considered assets of the company and their interests should be protected.

IDBI Bank has filed an application with the NCLT seeking exemption from paying for Jet’s insolvency process. The bench directed both IDBI Bank and IOB to approach the RBI on the matter. “It is also directed that the CoC members who filed applications before this bench seeking exemption from further contribution of funds shall have to approach the relevant authorities to seek exemptions, so that they be able to contribute the necessary funds by the next date approved by this bench,” said Justice Mohan. The matter will be heard again on February 19.

Under the Reserve Bank of India’s guidelines, banks that have poor asset quality and capital base would come under the PCA framework. Banks under PCA are required to restrict their risk-weighted assets. Without adequate funding, all attempts to revive the cash-strapped airline could meet an abrupt end.

In the first meeting of Jet’s committee of creditors (CoC) in July last year, the lenders had approved interim funding to the tune of Rs 60 crore for the upkeep of Jet’s assets. Over five months later, less than one-third of the funding has been released, people aware of the matter told FE. The delay in payments had prompted the NCLT to pass an order directing banks to expedite the release of funds last year. IDBI Bank has filed claims worth Rs 594.52 crore, while IOB has claims worth Rs 171.73 crore with Jet Airways.

Jet Airways was grounded in April after lenders refused to provide emergency funding to carry out operations. Insolvency proceedings against the airline were initiated two months later. So far, no concrete resolution plan has emerged for the revival of the airline. However, Jet’s resolution professional (RP) Ashish Chhawchharia on Wednesday told the bench that a Colombian entity, Synergy Group, and another “non-aviation group with high net worth” have submitted expressions-of-interest (EoI) after fresh bids were invited by the CoC late last month. Banking sources had earlier told FE that the Hinduja Group had shown renewed interest in Jet Airways. Chhawchharia did not confirm whether an EoI was received from Hinduja Group, and the group spokesperson was unavailable for comment.

The Hinduja Group, which was understood to be interested in buying Jet Airways before insolvency proceedings were initiated last year, had subsequently pulled out of the race after talks reached a stalemate with the airline’s erstwhile strategic partner, Etihad Airways. Now, interested parties have till January 15 to submit EoIs.

During insolvency proceedings last year, the NCLT had passed an order directing banks to release the requisite funding after the RP’s counsel had told the tribunal that proceedings could come to “a grinding halt” if funds are not expeditiously released. Chhawchharia on Wednesday told the court that some lenders have not released funds despite this order.

Inflows into equity funds second lowest in the fiscal so far