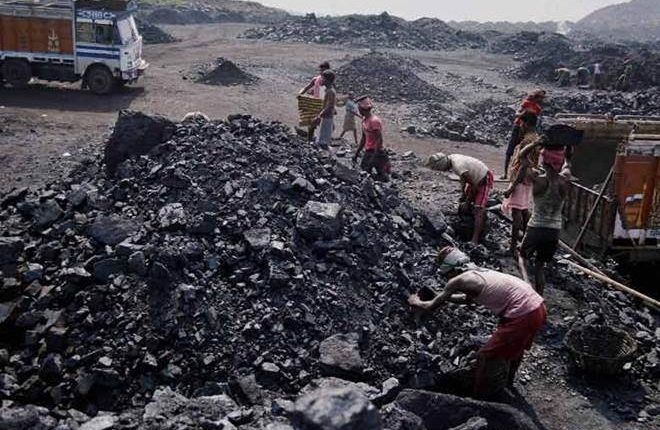 Dozens of captive coal mines with abundant reserves of the fuel could be up for grabs soon, without any end-use restrictions, as the Cabinet on Wednesday decided to promulgate an ordinance amending the relevant Act, with an aim to revive investor interest in the sector.

Essentially, the change will mean that domestic and foreign steel companies and also local power companies will also take part in the auctions to be held to reallocate the captive blocks cancelled by the Supreme Court in 2014. So far, only 89 of the 204 blocks cancelled by the apex court have been reallocated — including 60 assigned to PSUs on a nomination basis and 29 auctioned off — and just 29 of them are operational. While steel and power firms have interest in coal mining as it gels well with their businesses if unhindered open market sales of surplus coal is allowed, they have been largely shying away from the auctions held so far — even 25% open-market sales allowed in February 2019 were not enough to kindle their interest in these coal blocks.

The Cabinet, via an amendment to the Mines and Minerals (Development and Regulation) (MMDR), also extended the policy of composite mining licence, now in force for unexplored blocks of most non-coal minerals, to coal sector as well, adding to certainty of tenure from the prospecting to the production stages. Stating that the policy changes would lead to “democratisation of the (coal mining) sector by opening it for anyone”, coal minister Pralhad Joshi said, the decision will result in “promoting foreign direct investment in the sector by removing the restriction and eligibility criteria for participation”.

With coal imports surging and becoming another drag on the country’s current account as oil imports, the government has taken a series of steps in recent months to populate the sector with more investors and technology players – in February 2018, it allowed auction of coal-bearing areas to private parties for commercial mining, ending the long-held monopoly of public-sector behemoth Coal India and in August 2019, it allowed 100% foreign direct investment (FDI) through the automatic route in commercial coal production.

However, there has been no evidence yet that these steps are bearing fruit, largely because unrestricted commercial coal mining has been out of bounds for steel and power companies. While the idea was to bring global mining giants such as BHP Billiton, Rio Tinto and Glencore into India’s coal mining sector, these firms are seemingly withdrawing from the sector in a gradual manner and as a result don’t seem to have a keen interest in India’s coal sector at this juncture. After the August 2019 Cabinet decision allowing 100% FDI in coal mining, Rio Tinto told FE that it is “no longer active in any form of coal production.” Mining major BHP too had said, “We do not expect to invest in our energy coal businesses for the lack of commercial viability”. BHP added that, “We do think this is a business whose demand will be under pressure, partly because of the transition towards cleaner air and to confront the challenge of global warming, but this is a resource that compared to some of our other commodities is in relatively high abundance, so we see squeezed margins in the future.”

On the other hand, local steel and power firms have welcomed Wednesday’s Cabinet decision. Sajjan Jindal, chairman at JSW Group, said, “Huge reform… This will go a long way in reducing the coal imports which is over $15 billion/year.” He added, “This was a long pending reform which will make the Indian steel industry more aggressive and competitive on a global level.”

Kameswara Rao, leader, PwC India, said, “The removal of end-use restrictions broadens the energy market, and thus brings price stability”. “But the power market itself has to get more competitive by liberalising open access for this benefit to fully transfer to consumers,” Rao added.

After a long gap of four years and amid rising coal imports, the Centre in December 2019 allocated five captive coal mines to private companies. Since late 2015, the government had cancelled three auctions due to lack of investor interest. In early 2015, as many as 31 blocks were allocated through competitive bidding.

Captive coal blocks produced only 25.1 million tonne (MT) in FY19, much lower than the peak output of 43.2 MT in FY15 when the Supreme Court had cancelled the licences of 204 such coal mines. However, a senior coal ministry official told FE that captive coal production would surpass the 43 MT mark in the ongoing fiscal.

Before the August 2019 Cabinet decision, 100% FDI via the automatic route was allowed in coal and lignite mining for captive consumption by power, steel and cement units. Also, 100% FDI was allowed via the automatic route for the setting up of coal washeries, but the FDI firms could sell washed coal only to those units that supply raw coal for processing, and not in the open market. These restrictions had practically prevented FDI from flowing in. Currently, 100% FDI is allowed in not only mining for sale in the open market, apart form in ‘associated infrastructure’ like washeries, crushing, coal handling and separation.