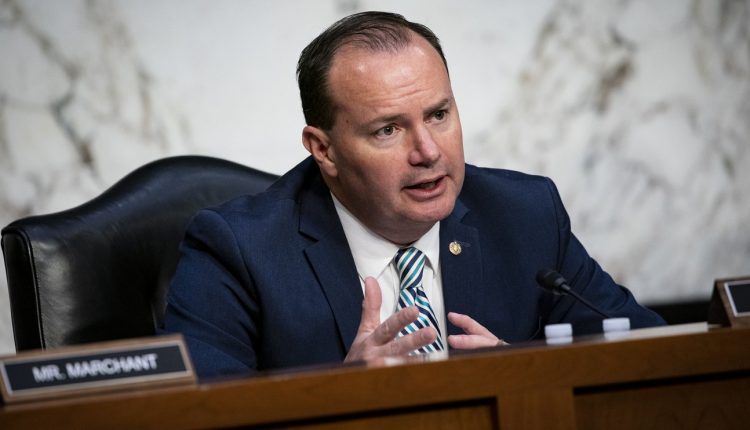 The Trump administration briefed lawmakers on Capitol Hill on Wednesday on the justifications for launching an airstrike that killed one of Iran’s top generals, Qassem Soleimani, last week. But many legislators came away unsatisfied.


“Probably the worst briefing I’ve seen, at least on a military issue, in the nine years I’ve served in the United States Senate.”

Sen. Mike Lee, a Utah Republican , told reporters Wednesday that the classified briefing was “insulting and demeaning,” so bad in fact, that he would now vote for a Democratic plan to limit President Donald Trump’s war powers against Iran. “That briefing changed my mind,” he said.

House Speaker Nancy Pelosi said the House will vote Thursday on a measure to rein in Trump’s ability to launch military attacks against Iran. Sen. Tim Kaine, D-Va., is introducing a similar measure in the Senate.

“It is not acceptable for officials within the executive branch of government … to come in and tell us that we can’t debate and discuss the appropriateness of military intervention against Iran. It’s un-American, it’s unconstitutional, and it’s wrong,” Lee said. “I find that absolutely insane. I think that’s unacceptable.”

– “Unsatisfied” with “legal, factual and moral justification for the attack”

– Lee found it “insulting and demeaning” that briefers told Senate not to debate more action against Iran pic.twitter.com/scNqZTtPZR

Fellow Republican Sen. Rand Paul of Kentucky agreed, dismissing the Trump administration’s attempt to use the 2002 war authorization against Iraq to justify the airstrike, which raised fears of a new war in the Middle East. Paul called that argument “absurd.”

“Let’s have the debate, and let’s have some senators stand up,” Paul said. “We are not abdicating our duty.”

They were joined by skeptical Democratic lawmakers.

Rep. Gerry Connolly, D-Va., called the White House’s argument “profoundly unconvincing” and said no case was made that Soleimani presented an imminent threat to the U.S. “I leave this (briefing) more troubled than I went into it,” he said.

“Trust us. That’s really what it all boils down to,” said Rep. Eliot Engel, D-N.Y., who chairs the House Foreign Affairs Committee. “But I’m not sure that ‘trust me’ is a satisfactory answer for me.”

Sen. Chris Murphy, D-Conn., tweeted: “The bottom line is this: I did not hear evidence of a specific imminent threat that would allow an attack without congressional authorization. With consequences as serious as these, that is unacceptable. Congress needs to act.”

Most Republicans, however, appeared satisfied with the administration’s case.

“I thought the briefing was very helpful,” said Rep. Steve Scalise, R-La. “The fact that he was plotting further attacks to kill Americans made it clear that it was time to take him out.”

Rep. Mark Meadows, R-N.C., said the briefing provided “the greatest breadth of information that was not only compelling but certainly exhaustive in terms of the number of attacks and planned attacks that have been contemplated and why the need for action was necessitated.”