Why the U.S. dollar doesn’t always act like a haven when geopolitical tensions rise 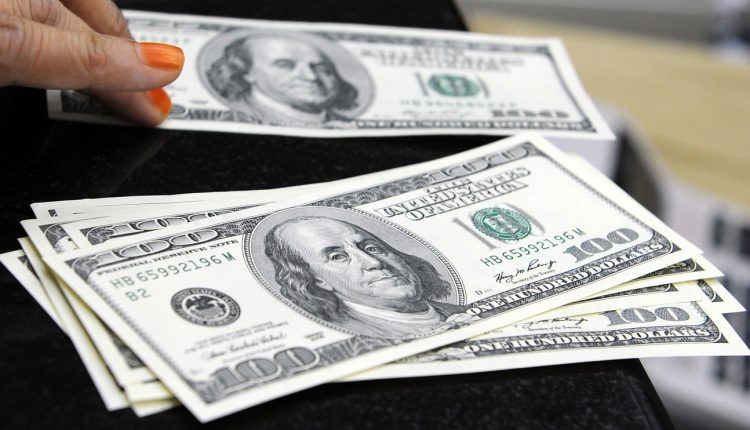 One of these things is not like the other: Treasurys, gold and the U.S. dollar.

Good for you if you picked the dollar. Unlike those other two assets, the U.S. currency didn’t seem to attract much buying interest as investors shunned global stocks at the end of last week and went looking for safety following a U.S. military strike that killed a top Iranian military commander and heightened Middle East tensions.

“Increased tensions between the U.S. and Iran could lift the dollar — at least against non-major currencies — although we tend to see these sorts of geopolitical rows favoring the yen and Swiss franc first and foremost,” wrote Steven Barrow, head of G-10 strategy at Standard Bank, in a Monday note.

On Friday, gold jumped and Treasury prices soared, yanking down yields, as global equities sold off in the wake of the strike. Gold


continued to gain ground on Monday, though Treasury yields edged higher as U.S. stocks put in a mixed performance, signaling that Middle East jitters were fading. The S&P 500


edged up 0.1%, while the Dow Jones Industrial Average


was little-changed after both indexes booked losses on Friday.


a gauge of the currency against a basket of six major rivals, was off 0.2% Monday at 96.665 after ending 2019 on a soft note. The index saw little movement overall on Friday as stocks stumbled, with a modest gain by the U.S. currency against the euro


which has a nearly 58% weight in the index, offset partly by a sharp gain for the Japanese yen


on Friday after setting a 15-month low versus the Swiss currency on New Year’s Eve, according to FactSet data.

The yen and the Swiss franc have long enjoyed reputations as havens during periods of geopolitical stress. Analysts have attributed the strength in part to the large current-account surpluses, measures of excess savings in the economy, carried by both countries. That translates into large holdings of foreign assets by investors in Japan and Switzerland and, the expectation goes, that those investors are quick to repatriate some funds when the going gets rough, lifting their respective currencies.

That doesn’t mean the U.S. dollar, the world’s reserve currency, doesn’t have appeal of its own.

Its haven-like properties, however, seem to “really come to the fore when there’s a global liquidity crunch, as we saw back in 2008, and traders/investors scramble to secure dollars,” Barrow wrote.

“When, instead, geopolitical tensions arise that do not tighten liquidity conditions, the dollar is more likely to fall against other major havens, such as the yen and Swiss franc, and will probably trade sideways against the euro,” said Barrow, who expects the dollar to lose around 5% to 10% in broad trade-weighted terms in 2020.

A weaker buck appears to be the consensus call heading into 2020, though skeptics contend that factors that have previously frustrated dollar bears continue to underpin the currency. These include a domestic economy that still outshines its international peers as well as higher U.S. yields, despite the Federal Reserve’s series of three rate cuts last year.

Related: Why U.S. dollar bears could be thwarted in 2020

The “initial setting” coming into 2020 “is that U.S. yields and interest rates are high enough to support the dollar,” said Carl Weinberg, chief economist at High Frequency Economics, in a Sunday note. But he worried that the advantage could be offset by a “decaying” U.S. trade position that goes beyond concerns over the U.S.-China relationship.

A decline in world exports and falling U.S. sales abroad means less demand for dollars to finance transactions, he said, arguing that in the big picture, “dollar atmospherics” are unclear. More questions than answers surround President Donald Trump’s pending impeachment trial, deepening conflict with Iraq and other factors on the U.S. dollar.

“Our best guess is for a directionless dollar early on as the various storylines sort themselves out,” Weinberg said. “The drop in world trade seemingly is not over. That points to downside risks for the greenback.”