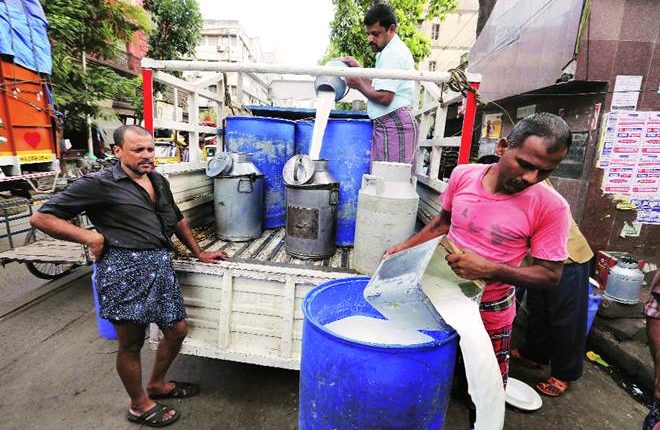 The new year 2020 may bring double-good news for Indian households, with milk prices not to rise any further any time soon, even as onion prices are set to come back down to earth by the end of this month. Major dairy players such as Amul and Mother Dairy hiked milk prices twice last year. It was anticipated that the milk prices will be hit by another increase in near future, but Amul and another dairy company Aadvik Foods have said that there are no immediate plans of raising prices. “There is no immediate plan to increase milk prices,” RS Sodhi, managing director, Amul, told Financial Express Online. “As such, we do not expect them to rise again anytime soon,” Hitesh Rathi, Founder, Aadvik Foods, told Financial Express Online. Mother Dairy declined to comment.

The dairy industry raised milk prices twice last year 2019, milk had become costlier by only Rs 4 per litre in the last three years, RS Sodhi said. “This is less than 3% which is below both food inflation and retail inflation,” he added. Onion prices, which were also on fire for the last three months, are also expected to cool down soon with late Kharif produce hitting the market soon, Chaudhary Pushpendra Singh, President, Kisan Shakti Sangh, told Financial Express Online last week.

India had recently pulled out of the RCEP deal after facing protests from the dairy sector which said that milk imports will make Indian farmers vulnerable. Speaking about dairy sector’s concerns about allowing milk imports to cool off prices, RS Sodhi said that while it may seem that importing milk to the country will reduce prices, it will lead to dairy farmers exiting the business and will ultimately create a monopoly of foreign players. “This will create a monopoly of foreign players. It will help the multinationals and big corporations. But what about India’s farmers? India will become dependent on imports,” he said.

Hitesh Rathi of Aadvik Foods too rejected the idea of milk imports. “While consumers should not be subjected to higher prices, we need to keep imports to a minimum to boost domestic production and the incomes of our farmers,” he told Financial Express Online. He also said that the dairy industry is opposed to imports to safeguard the interests of indigenous dairy farmers and also to maintain the markets for themselves.

“If high-quality milk producers from developed countries enter the market with even lower prices, it would be difficult for most of India’s dairy players to compete with them,” Hitesh Rathi added.