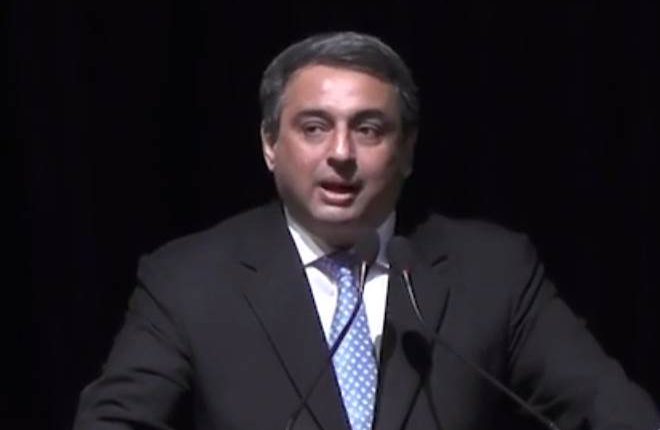 Tata Steel CEO and Managing Director T V Narendran has underscored the need for the government to focus on the “cost of business” as part of the Centre’s efforts at improving the “ease of doing business”, amid a slump in the price of steel. He said that will give a fresh impetus to the manufacturing sector and make it more competitive. “As the government has focused on ease of doing business, it should also focus on ‘cost of business’ to make industries, particularly the manufacturing sector, more competitive in the prevailing market.

“We have been controlling the cost of a business inside the work but outside the plant, it is not in our hands but the central and state governments,” he said on Wednesday. He said such an initiative would certainly improve the competitiveness of domestic industries, particularly the manufacturing units.

Referring to the steel sector, Narendran said that 2019 was a difficult year and Tata Steel was no exception. Narendran, however, was optimistic that the demand for steel will go up. “We have seen some signs of improvement in the last few months of 2019 which reflected in improved demand for steel…it shot up a bit and (we see) steel prices going up again.” He said steel prices had plunged by almost Rs 10,000 per tonne in the last six to eight months.

Narendran said despite the steel industry being under pressure, Tata Steel has not whittled down its expenditure on developing the steel city of Tatanagar.

Urging the inhabitants of the city to make “sacrifices” so the company is “sustainable, profitable and competitive”, he expressed confidence that Tata Steel will improve its performance in the last quarter of the current fiscal as the “demand of steel is okay” now.

The January to June months would be favourable for the steel sector in view of activity in construction and infrastructure sectors, he said. The period between April to October 2019 was the worst for the steel sector, but things started looking up from November.

“We are expecting to perform well in the last quarter of the current fiscal,” he said, adding the government has also taken decisions like a cut in corporate taxes and announced large-scale investment in public infrastructure, measures that would likely boost the steel sector.

HDFC to raise up to Rs 5,000 crore next week by issuing bonds