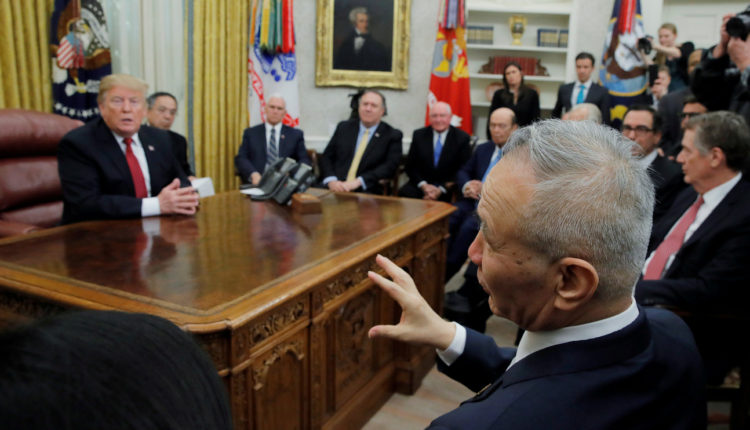 Tweeting shortly after the resumption of talks, Trump said, “Big day of negotiations with China. They want to make a deal, but do I? I meet with the Vice Premier tomorrow at The White House.”

The discussions resumed amid reports overnight suggesting the Chinese delegation would leave Washington on Thursday, and that the Trump administration may put in place a previously agreed upon currency


deal with China ahead of schedule, as well as suspend tariff hikes. Trump has consistently said he’ll only make an agreement that’s good for the U.S., and has said he prefers a comprehensive versus partial deal.

Trump is scheduled to hold a rally in Minneapolis Thursday night, amid a feud with the city’s mayor and Democrats’ ongoing impeachment inquiry.

The president criticized a Fox News poll, saying “whoever their Pollster is, they suck,” as the network’s survey showed 51% of registered voters want Trump to be impeached and removed from office. Trump tweeted that the conservative-leaning network “doesn’t deliver for US anymore. It is so different than it used to be. Oh well, I’m President!”

Trump, who narrowly lost Minnesota to Hillary Clinton in 2016, is battling Minneapolis Mayor Jacob Frey over the costs associated with the campaign rally. Frey, a Democrat, has said Trump’s campaign would be on the hook for more than $500,000 in expenses, prompting a lawsuit threat from the campaign.

Also read: Here are Democrats’ options as Trump refuses to cooperate with the impeachment inquiry.

Sign up for Trump Today and more MarketWatch newsletters.

Yields rise on heavy supply at auction and trade hopes

Lehman Brothers: When the financial crisis spun out of control