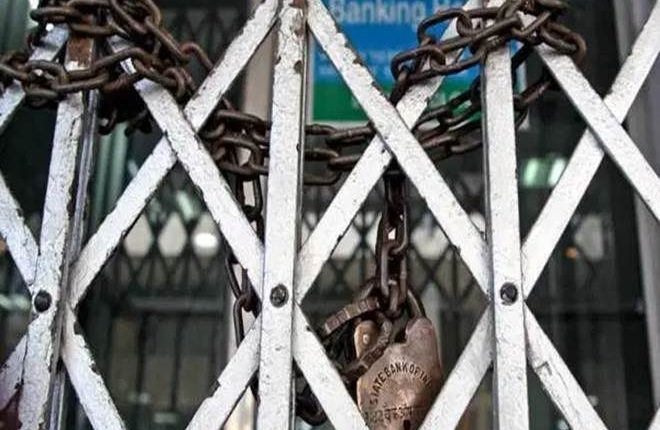 Six bank unions will go on strike on January 8 to show their support for the central trade unions’ strike call on the same day. In a notification to the stock exchanges, State Bank of India (SBI) said that it has been informed about the strike by the Indian Banks’ Association (IBA).

“Pursuant to the applicable provisions of Sebi (LODR) Regulations read with Schedule lll Part A8(6) of the regulations, we have been advised by Indian Bank’s Association (lBA) that the AIBEA (All India Bank Employees’ Association), AIBOA (All India Bank Officers’ Association), BEFI (Bank Employees Federation of India), INBEF (Indian National Bank Employees’ Federation), INBOC (Indian National Bank Officers Congress) and BKSM (Bank Karmachari Sena Mahasangh) has given a notice to go on nationwide bank strike on 8th January 2020,” SBI said in the notification.

The bank said the membership of its employees in the unions participating in the strike is small and so the impact of the strike on the bank’s operations will be minimal. Bank unions said they are extending support to the strike called by central trade unions on the same date. S Nagarajan, general secretary, AIBOA, said the trade unions’ charter of demands include issues allied to those of bank employees, such as the demand for a minimum wage and opposition to contractualisation.

The bank unions are also demanding a rollback of banking reforms proposed by the government and the plan to merge 10 state-owned banks into four. The unions are opposing the reduction in public sector banks’ workforce and branch networks. “Another incidental issue is to expedite wage revision,” Nagarajan said. The IBA and the bank unions have been long entangled in talks to arrive at a consensus for a revision in wages of bank employees. The revision exercise last took place in 2017.