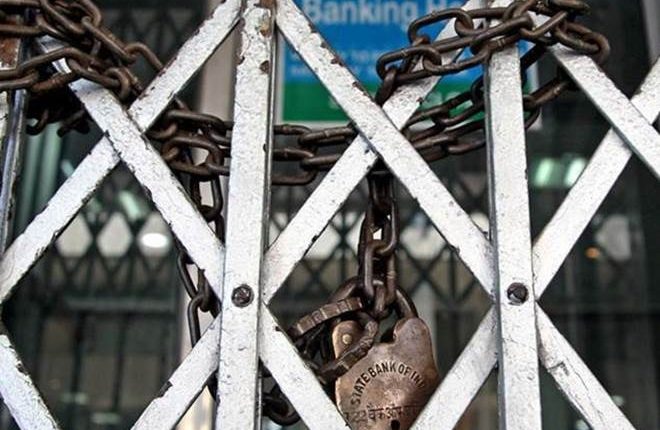 Banking services took a hit on Wednesday as employees of all banks as well as of 10 central unions went on a pan India strike to show defiance against the government’s policies. Banks’ customers struggled to cope up with the shortcoming in all banking services such as cash withdrawal and cash deposit. The strike is the result of failed talks between the Union government and labour unions. On January 2, Labour Minister Santosh Kumar Gangwar and top officials of labour ministry met labour union representatives to discuss various issues such as higher minimum wages, roll-back of labour reform, social security programme for informal workers, and mass contractualisation of the workforce.

Majority of banks had notified their customers in advance about the call to go on strike was given by Bank Karmachari Sena Mahasangh (BKSM, India Bank Officers’ Association (AIBOA), All India Bank Employees Association (AIBEA), All, BEFI, INBEF, INBOC and). An estimated number of 25 crore people have taken part in this strike putting India’s financial system on hold.

They have been asked to not perform any clerical duties. The bank unions are protesting against a government order and have demanded a rollback of the plan to merge 10 state-owned banks into four. Job loss fear is the prime concern. “Another incidental issue is to expedite wage revision,” S Nagarajan, general secretary, AIBOA, said last week.

All India Reserve Bank Employees Association (AIRBEA) and All India Reserve Bank Workers Federation (AIRBWF) and some insurance unions have decided to support the called strike. Ten trade unions such as  INTUC, AITUC, HMS, CITU, AIUTUC, TUCC, SEWA, AICCTU, LPF, UTUC had passed a declaration in September 2019 to call on this nationwide strike on January 8.

India’s biggest state-owned bank SBI had notified stock exchange last week about its employees’ participation in the ongoing strike but assured limited participation. Hence, It had shown confidence in its services to be least affected due to the strike.