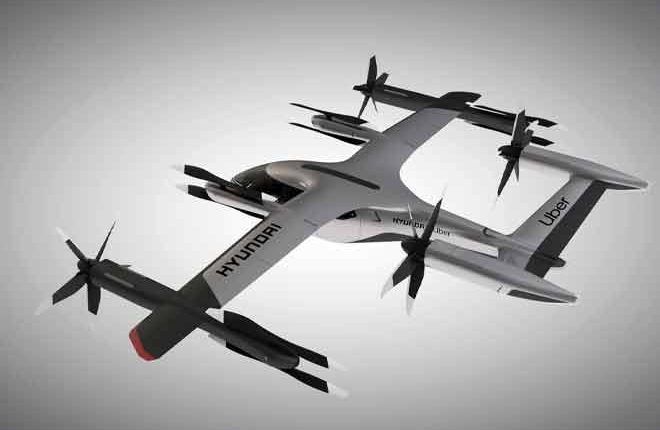 For all those who enjoy the rush of latest tech gadgets, Consumer Electronics Show (CES) 2020 has brought a whole new range of various products right from TVs, flying cars to other 5G technology-backed gadgets. Many big brands including Sony, Samsung, Mercedes-Benz, Qualcomm, Lenovo and Uber among others have come up with the next-generation innovations and unveiled them at CES, a gathering place for all who thrive on the business of consumer technologies.

Here are some technologies unveiled at the show

Sony 2020 TV: Japanese tech company Sony displayed their first line-up TVs for 2020. One of the major products the company showed is smallest 4K OLED television. The television is a part of its 48-inch A9S Master Series, which was the highlight among all products. This series uses the company’s Acoustic Surface Technology that doesn’t require audio speakers as it uses the display panel to project sound. As far as picture processing is concerned, it will be handled by the X1 Ultimate processor, Pixel Contrast Booster and X-Motion Clarity features. They will support Dolby Vision standards and Dolby Atmos.

After this, the company also introduced A8H OLED series, which will be available in 55-inch and 65-inch screen sizes. Sony Z8H which is the 8K LCD TV, was displayed too and is the top line model with screen available in two sizes, 75-inch and 85-inch.

Qualcomm, Lenovo’s 5G-enabled laptop: Qualcomm and Lenovo have come up with a 5G-enabled laptop based on the Snapdragon 8cx 5G Compute Platform which leverages the Windows on Snapdragon initiative.The laptop billed as the ‘world’s first 5G PC’ comes runs Windows 10 and is designed to be used always-on 5G connectivity. It is also capable of using the mm wave as well as sub-6Ghz bands. The device expected to go on sale starting at Rs 1.06 lakh this year in some parts of the world. Key innovations that the laptop boasts is antenna design that preserves 5G connectivity, improved heat dissipation, and adaptive fast charging.

Samsung Galaxy Lite smartphones: After the global announcement of Samsung’s Lite smartphones, the company presented the Galaxy S10 Lite and Galaxy Note 10 Lite in its presentation at the show. The phones are more affordable variants of the S and Note series phones. It is also looked at as an alternative to Galaxy S10e with a Snapdragon 855 chip and new cameras.  Prices and availability are yet to be announced.

Hyundai-Uber flying taxi: South-Korean carmaker Hyundai has recently presented a flying car concept and displayed it at CES this week. The company also announced that it will not only initiate mass production of electric vertical takeoff and landing (eVTOL) aircraft, but will also deploy them for Uber’s air taxi network.  With two fitted tilt-rotors on the tail along with ten other rotors around the cabin, the aircraft is designed to take off vertically. After take-off, transition to wing-borne lift will take place and then back to vertical flight for landing. The vehicle will be able to seat five passengers at a cruising speed of 180 mph.

Risk of pension meltdown grows due to inaction by U.S. Congress