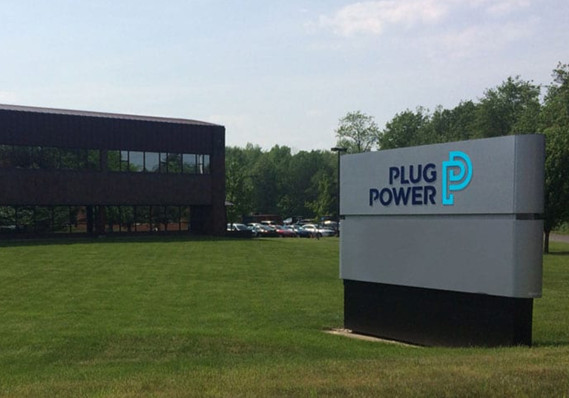 Shares of Plug Power Inc. soared in active trading Monday, after the hydrogen and fuel cell technology company announced a contract win valued at $172 million over two years from a large, unnamed company.

The rally comes amid apparent renewed interest in fuel cell stocks, highlighted by the tripling in value of FuelCell Energy Inc.’s stock


said before Monday’s open that it received an order “at the close of 2019” for its hydrogen fuel cell deployments across a Fortune 100 customer’s distribution network over the next two years.

The contract is for the company’s GenDrive fuel cell power, GenFuel hydrogen fuel, storage and dispensing products, and for its GenCare aftermarket services.

Cowen analyst Jeffrey Osborne said he believes the customer is more likely one of the “key multi-site retail customers” company management highlighted at the Plug Power Symposium in September.

At that time, the company indicated its largest accounts were Amazon.com Inc.

“Adoption of Plug’s products continues to ramp more quickly than we thought,” wrote B. Riley FBR analyst Christopher Van Horn in a note to clients Monday, as he reiterated his buy rating.

“Based on recent award activity and market commentary, we continue to believe the stock and the fuel cell technology seem to be at an inflection point, and we recently raised our price target to $6 to reflect this,” Van Horn wrote. His price target is 64% above current levels.

Plug said in its third-quarter report released in November that it expected 2019 gross billing of $235 million to $245 million. The FactSet consensus for 2020 revenue is $310.7 million. Plug isn’t projected to report fourth-quarter results until early March.

Also in the fuel cell business, FuelCell’s stock charged up 7.8% on trading volume of 24.0 million shares.

The stock had rocketed 206% in four sessions ended Dec. 31, as the company announced before the Dec. 27 open that its waste water treatment facility in Tulare, Calif., had begun commercial operations, and that the company had entered into a 20-year power purchase agreement with Edison International subsidiary Southern California Edison.

Plug shares have rallied 51% over the past three months and FuelCell shares have run up more than six-fold (up 511%), while the S&P 500 index