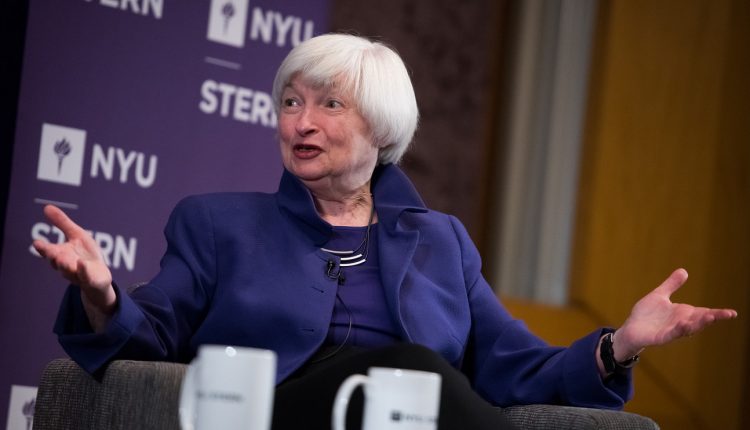 Economists, who don’t often agree on much, seemed united at the American Economic Association annual meeting here behind the idea that interest rates are likely to stay low over the long-term horizon, given demographic trends and other factors.

In a panel discussion, Yellen said these low rates “could engender risks to financial stability as investors reach for yield and take on leverage.”

Given the environment, countries need strong tool kits to fight potential asset bubbles “and this is something that is lacking in the United States,” Yellen said.

In other countries, regulators have tools to restrain rapid credit growth and the ability for regulators to place limits on loan-to-value ratios for mortgage lending.

Financial stability concerns may hamstring the Fed’s efforts to slash rates to boost demand, she noted.

Speaking on the same panel, former Treasury Secretary Lawrence Summers said it would be best to make sure that financial institutions are holding more capital.

The alternative, limiting a bank’s ability to make loans, only makes a downturn worse, he noted.

Already, experts said that the shadow banking sector is growing at a rapid clip in the U.S. given the search for yield.

Regulators still don’t know exactly who is investing in some of these new non-banks and the worry is that they are using borrowed funds to do so, thus creating a risky “leverage-on-leverage” environment.