Tata vs Mistry: Cyrus Mistry says no to chairmanship of Tata Sons but fight will continue for seat on Board 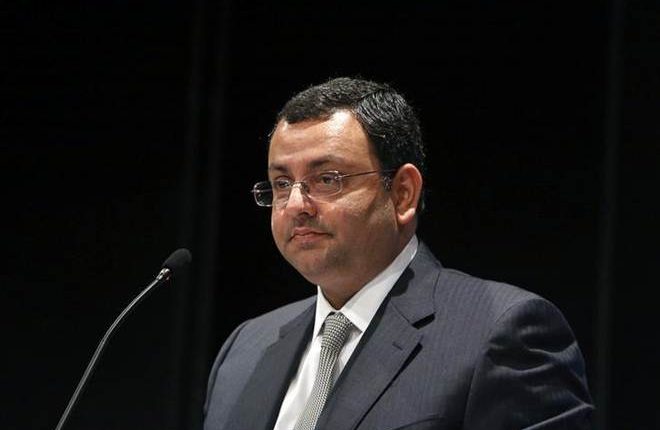 Ahead of the Supreme Court hearing on Tatas’ plea challenging his reinstallation as the Tata Group chief, Cyrus Mistry on Sunday ruled out pursuing chairmanship of Tata Sons or any other executive positions at group entities but asserted that he is interested in a board seat at the holding company. After the National Company Law Appellate Tribunal (NCLAT) reinstated Mistry as the executive chairman in a surprise ruling on December 18, 2019, terming the action as illegal and also invalidating the conversion of Tata Sons into a private entity, Tata Sons as a group, Tata Trusts, TCS and also the group patriarch Ratan Tata have challenged the order in the Supreme Court since then. The apex court, which has been on vacation, is likely to take up the petition on Monday.

Mistry was removed from the boards of TCS, Tata Teleservices and Tata Industries while he resigned as chairman and director from Tata Motors, Tata Steel and Indian Hotels Company Ltd (IHCL) shortly after he was sacked from the group. Ruling out taking up any position at the group or any group entities, Mistry in a late Sunday evening public statement said that he is “walking the talk” to uphold corporate governance, and this is not a quest for position or power and he “will not be pursuing the executive chairmanship of Tata Sons, or directorship of TCS, Tata Teleservices or Tata Industries”.

However, he was quick to add that he will “vigorously pursue all options to protect rights as a minority shareholder, including that of resuming the 30-year history of a seat at the board of Tata Sons and the incorporation of the highest standards of corporate governance and transparency at Tata Sons”. Mistry, who was in a boardroom coup on October 24, 2016 sacked as the chairman of Tata Sons barely two years into the five-year job, further said, “This statement is being made in the interests of the Tata Group, whose interests are far more important then the interests of any individual.”

This statement, he said, is also aimed at dispelling the misinformation campaign being conducted. When contacted, a Tata Sons spokesman said the group does not have a comment on the Mistry statement. The Tatas have sought to quash the NCLAT order saying the tribunal order questions the very fundamentals of corporate democracy and also of the board, apart from going much beyond the remedies sought. It can be noted that with over 18.37 per cent stake, the Mistry family is the single largest shareholder in Tata Sons after the dozen-odd Tata Trusts which collectively own over 68 per cent.

One of the key contentions of Mistry was the Tatas’ refusal to treat him as a minority shareholder with voting rights under the Companies Act of 2013 which does not allow those with less than 10 per cent voting equity capital to be treated so. The corporate affairs ministry has also questioned the tribunal judgment which has labelled the (Registrar of Companies) RoC action of allowing conversion of Tata Sons as a private entity as illegal.

Taking on Ratan Tata personally, Mistry said Tata questioning the tribunal judgment professes an interpretation of corporate democracy as being one of brute majoritarianism with no rights for minority stakeholders. “The question in these legal proceedings is whether the oppressive actions of a majority that stifles minority shareholders is beyond the reproach and outside judicial oversight,” he asked. He goes on to say that for corporate democracy to be strengthened, all stakeholders must operate within the ambit of law and statutorily enshrined protections.

The founding fathers of the Tata Group had laid a strong ethical foundation that cared for all stakeholders, Mistry said, adding that the relationship between the Tata Group and the Shapoorji Pallonji Group is one spanning multiple decades that was built on common agreement and mutual faith. “Former Tata leaders worked together with the minority partner to create value for all stakeholders. But in the last three years, both in conduct and in their statements to the world at large, the Tata Group’s leadership has shown scant respect for the rights of minority shareholders. It is time the group’s management introspects and reflects on its conduct as it embarks on future actions,” Mistry said.

On the NCLAT ruling, he added, “I am humbled by the order, which after review of the enormous material on record, recognised the illegal manner in which I was removed and the oppressive and prejudicial conduct of Tata and other trustees. “As an 18.37 per cent shareholder, it is in our own interest to ensure the group’s long-term success. My family, although a minority partner, has been a guardian of the Tata Group for over five decades.”

Mistry, who is an Irish citizen, concluded by saying “this legal fight has never been about me. It has always been and will always be about protecting the rights of minority shareholders and upholding their right to demand a higher standard of corporate governance from controlling shareholders”.