Menu Fed has the tools it needs to fight the next recession, Bernanke says - Jobs Magazine 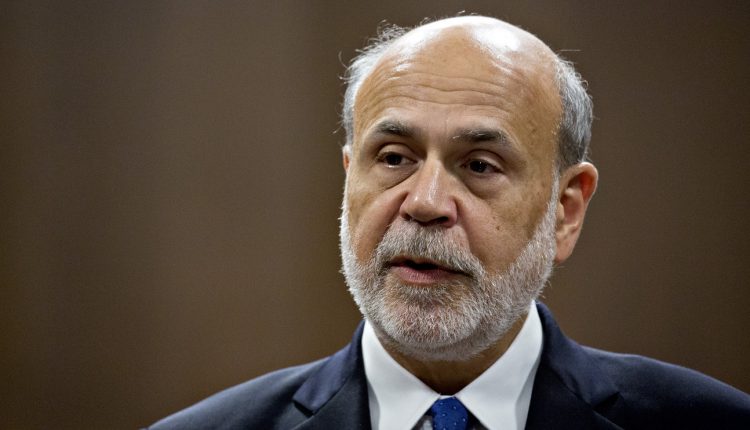 SAN DIEGO — The Federal Reserve has all the tools it needs to fight the next recession, its former chairman Ben Bernanke said Saturday.

A former economics professor at Princeton University, Bernanke led the Fed from 2006 until 2014. He used his academic research of the Great Depression to engineer a new monetary policy strategy to revive the economy in the wake of the 2008 financial crisis.

Specifically, the Bernanke Fed bought trillions of government securities and mortgage-backed assets to push down long-term interest rates after short-term rates got stuck at zero. The Fed then guided the market to understand that the central bank was going to keep rates “lower for longer,” and not raise them at the first sign of an upturn in growth.

Bernanke is now the president of the American Economic Association. In his presidential lecture at the organization’s annual meeting in San Diego Bernanke argued these tools should be used again to fight the next recession.

Historically, the Fed has lowered its benchmark federal funds rate by 500 basis points to combat a recession.

With that benchmark rate now below 2%, economists worry the Fed won’t have the firepower to offset a serious economic slump.

In his speech, Bernanke argued QE and forward guidance could provide the missing firepower, the equivalent of 300 percentage points of easing, for the Fed.

“QE and forward guidance should be part of the standard toolkit going forward,” Bernanke said.

If he was wrong, the Fed could consider taking additional steps like raising its inflation target above 2%, he said.

But that wasn’t necessary at the moment.

The former Fed chair did advocate that Congress put in place some spending programs that would be triggered automatically if the economy stumbled.

Some recent academic papers have cast doubt on the effectiveness of the Fed’s bond-buying programs under Bernanke.

The former Fed chairman said he disagreed with these findings, and cited other research that showed QE was successful in lowering long-term interest rates.

QE delivered “significant’ and “persistent” stimulus to the economy, he said.

Bernanke did part ways with Fed Chairman Jerome Powell on one point.

Powell has leaned strongly against the idea of pushing the fed funds rate into negative territory in the next recession as both the European Central Bank and the Bank of Japan have done.

Bernanke said he thought it would be wiser for the Fed to be more ambiguous about the subject of negative rates. There are benefits to financial markets if investors believe the central bank might take that step, he said.

Tata vs Mistry: Cyrus Mistry says no to chairmanship of Tata Sons but fight will continue for seat on Board