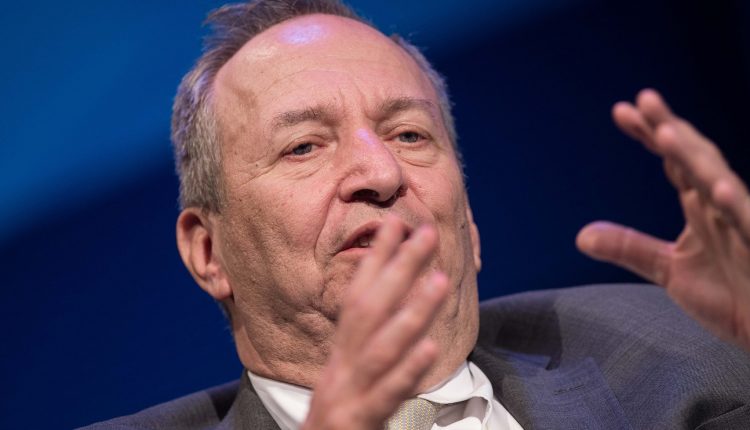 SAN DIEGO — Two monetary-policy experts, contradicting former Fed Chairman Ben Bernanke, said they wanted the central bank to consider new “radical” approaches to fight the next recession, out of a concern that existing tools might not be as effective as they were in the last crisis.

In a Sunday morning panel at the American Economic Association annual meeting, former Treasury Secretary Lawrence Summers said the Fed’s QE program, in which the central bank would buy government bonds to bring down long-term rates, might not pack so much punch because the 10-year Treasury note is already close to 1%.

In a speech to the AEA on Saturday night, former Fed chairman Ben Bernanke said he thought the Fed had to the tools, including QE, to successfully combat a severe downturn.

Bernanke said he thought QE, and verbal guidance from the Fed, would be equivalent to a 300-basis-point easing of the central bank’s benchmark federal funds rate.

Read: Fed has tools it needs to fight next recession

Adam Posen, a former policy maker at the Bank of England, urged the Fed to consider “radical” approaches, including a new tool called “yield-curve control” to fight the next downturn.

The Bank of Japan has already been using yield-curve control since 2016 to fight deflation.

“The BOJ has gotten it right. Yield-curve control is a success story,” Posen said.

Under this policy, last used in the U.S. during World War II, the Fed would announce it intended to peg the 10-year Treasury rate


at a specific low rate.

“It enables fiscal policy, it doesn’t judge it,” Posen said. It was used during World War II precisely because the government needed to boost fiscal spending.

Some Fed officials have suggested yield-curve control is under consideration. The central bank is conducting a broad review of its policy strategies with the goal of announcing a new framework later this year.

Bernanke had said yield-curve control might work if it was limited to a two-year lifespan.

“That would be more credible. That would minimize capital flow and exchange effects and it is something that central banks could easily do together,” Posen said.

For his part, Summers said fiscal policy would be the appropriate way to boost the economy in the next downturn.

He called on academic economists attending the conference to design innovative and effective fiscal policy strategies.

Fears of a recession have eased since last year, but many economists remain worried that the U.S. economy is in the doldrums.

Fed officials also believed that the downside risks facing the economy had lessened, according to minutes of the central bank’s December meeting released Friday.

Uncertainty over government policy has cast a pall over the economy and that isn’t expected to lift anytime soon, said Lewis Alexander, chief economist at Nomura Securities.

“We’re a bit more pessimistic than many,” Alexander said. The dichotomy between the economic policies of the Democrats and President Donald Trump is now so stark that businesses will remain frozen in their tracks until after the election, he added.

Bill Gates: My $113 billion net worth shows wealth inequality in the world