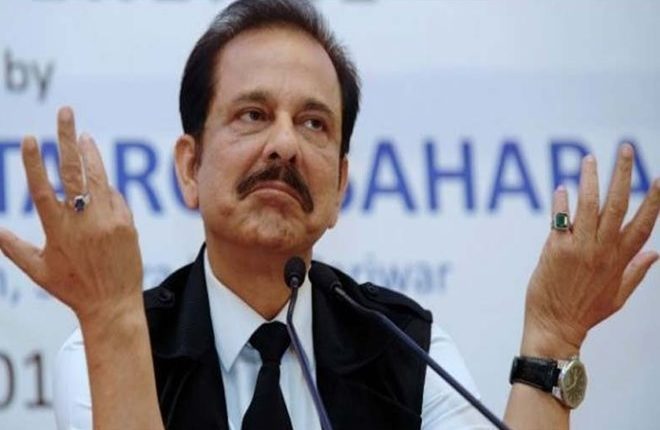 Crediting three successive finance ministers — Pranab Mukherjee, P Chidambaram and late Arun Jaitley — for Sebi’s strong action against Sahara Group, the market regulator’s former chief U K Sinha has said the three leaders stood their ground and did not interfere in the matter despite repeated attempts by vested interests.

Sinha also praised former Prime Minister Manmohan Singh for his sound advice on how to balance the multiple roles of Sebi, and applauded current Prime Minister Narendra Modi for being a “very inquisitive” leader and always being firm in his belief that no person big or small should be spared for any wrongdoing. Sebi had ordered Sahara India Real Estate Corporation Ltd (SIRECL) and Sahara Housing Investment Corporation Ltd (SHICL) in 2011 to refund the money raised from investors through certain bonds known as Optionally Fully Convertible Bonds (OFCDs).

According to their own admissions, the net amount raised by the two companies was more than Rs 24,000 crore from over 3 crore investors. After a long process of appeals and cross-appeals, the Supreme Court on August 31, 2012 upheld Sebi’s directions asking the two firms to refund the money collected from investors with 15 per cent interest.

In his new book ‘Going Public: My Time at Sebi’, Sinha has said that the Sahara case attracted substantial media attention and political leaders across the party took keen interest in the matter. The biggest and most expensive legal minds in the country appeared for Sahara at various stages. During the meetings of the parliamentary standing committee on Finance, and even outside, questions were raised as if one business group had been targeted in a singular manner in trying to amend the Sebi Act, Sinha added.

The former Sebi Chairman, during whose tenure the case was at its most important juncture, also said that attempts were made in a variety of ways, including threats of raising privilege motions in the Parliament and by intimidating Sebi officials. “However, it goes to the credit of successive finance ministers — Mukherjee, Chidambaram and Jaitley — that they stood their ground and didn’t interfere in the matter,” he added. In addition, he said the ministers and officials of the finance ministry also deserve credit for upholding the rule of law and keeping up the morale of Sebi officials.

In his book, Sinha has also mentioned about his meetings with the two prime ministers. He said Singh always had some sound advice on how to balance the multiple roles of Sebi and what the main focus area for the government is at any given time. Writing about Modi, the former chief of Sebi said he always came across as being very inquisitive and his priority was to make market supervision strict. “Nobody should be allowed to get away after committing irregularities, deterrent action should be taken against the perpetrators. The biggest strength was his (Modi) firm belief that no person, big or small, should be spared,” the former IAS officer has written in the book published by Penguin India.

With regard to the Supreme Court, Sinha said the apex court took several extraordinary measures, such as prohibiting all the other courts and tribunals from dealing with this matter, appointing a retired Supreme Court judge to monitor the progress made by Sebi and directing that the money be deposited with the regulator. “The fact that about 60 per cent of the principal amount has been realised or received is because of the steadfastness of the Supreme Court,” he noted.

Sahara Group has been maintaining that it had already refunded almost the entire money collected from investors and the funds it had to deposit with Sebi for further repayment to the bondholders of its two companies amounted to double payment. As per the latest disclosed figures, Sebi has been able to distribute nearly Rs 100 crore to genuine investors who had filed their claims, out of over Rs 20,000 crore collected from Sahara and the interest earned on that.

Bill Gates: My $113 billion net worth shows wealth inequality in the world