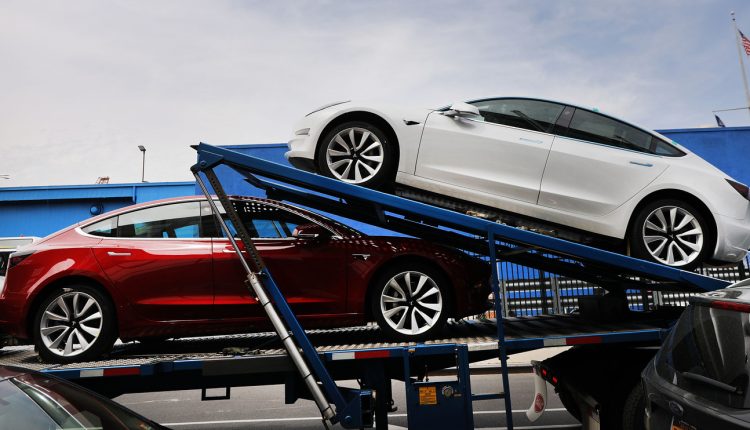 Canaccord Genuity’s Jed Dorsheimer reiterated buy rating on Tesla, saying that he was “highly encouraged” by the results, which reinforce his view that the company is the “clear leader” in the electric vehicle (EV) market.

“We view these results as a clear indication that EV demand remains strong for Tesla and that the company is well positioned for 2020 with continued positive momentum in all business areas,” Dorsheimer wrote in a research note.

Dorsheimer caused a stir in Tesla’s stock earlier this week, after he raised his stock price target to $515 from $375, citing expectations of “solid” deliveries data.

Tesla said the delivery count should be considered “slightly conservative,” as vehicles are counted as delivered only after they are transferred to the customer and all paperwork is correct. The company said the final figure could vary by up to 0.5% or more.

“We continue to focus on expanding production in both the U.S. as well as our newly launched facility in Shanghai,” the company said in a statement. “Despite breaking ground at Gigafactory Shanghai less than 12 months ago, we have already produced just under 1,000 saleable cars and have begun deliveries.”

“This was another major feather in the cap for Musk & Co. by handily beating the Street’s 106k unit bogey in the quarter and speaking to the momentum Tesla is seeing specifically in Europe,” Wedbush analyst Daniel Ives wrote in a note to clients, referring to Chief Executive Elon Musk.

Baird analyst Ben Kallo said that “despite significant skepticism,” Tesla managed to exceed expectations as factory production appeared to be ramping faster than he expecting.

“The company has previously targeted [about 150,000] of Model 3 capacity at its Shanghai plant (though we think the company may be able to surpass this nameplate capacity) which should be a key driver of volume growth in 2020,” Kallo wrote in a research note. “Additionally, the company indicated it began local battery production in late-December, which was ahead of expectations.”

Tesla shares have rocketed 91.1% over the past three months to lift Tesla’s market capitalization to $80.3 billion. In comparison, General Motors Co. shares


have gained 3.5% the past three months and Ford Motor Co.’s stock

“It is also worth noting that, in our opinion, the recently escalating geo-political uncertainties driving oil prices higher are likely to create a tailwind for [Tesla] shares,” Canaccord’s Dorsheimer wrote.

See also: Who was Qassem Soleimani, and why is his death a major development in U.S.-Middle East relations?

The company will announce earnings and cash flow results when it releases its fourth-quarter reported, which is expected on or about Feb. 18.

Future Retail board approves raising funds up to $500 million