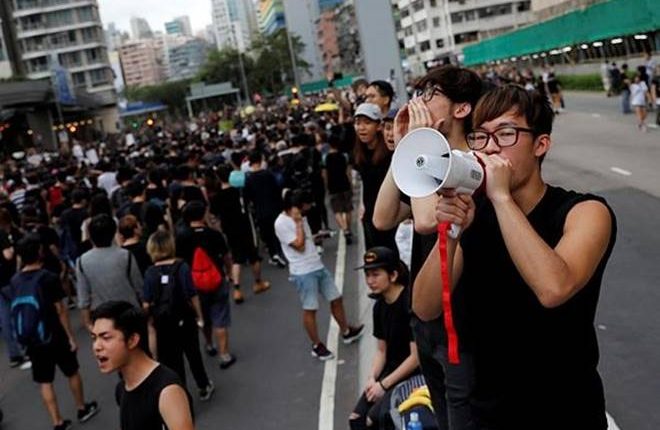 French fashion mogul Bernard Arnault-owned Louis Vuitton is in the process of shutting a Hong Kong store amid protests. Louis Vuitton, popularly known as LV, is the world’s biggest luxury goods brand by sales and it is firming a plan to close one Hong Kong shop as protests have hit demand while high rental costs bite, the South China Morning Post newspaper said, Reuters reported. In Hong Kong, the French fashion brand operates eight shops and it is planning to close its store in the Times Square mall as the company failed to negotiate rent cut in the mall outlet, the paper cited sources as saying.

LVMH group, which is the owner of Louis Vuitton brand, is a Paris-based conglomerate which also operates other popular fashion brands such as Christian Dior, Sephora, Fendi and Hennessy cognac. Many high-end fashion labels have hunkered down in China’s southern region Hong Kong since anti-government demonstrations flared in June. These brands had hoped that the turmoil would ease in Hong Kong, which is one of the world’s top shopping destinations. While the region attracts many high-end luxury goods shoppers, arrivals have slumped and losses began mount in the third-quarter earnings as well amid rising protests.

Meanwhile, the luxury good maker LVMH snapped up marquee jewellery maker Tiffany for more than $16 billion, recently. With the US-based Tiffany struggling to make profits, the deal with LVMH is likely to revive the brand’s tarnished image, Bloomberg reported in November. The luxury brand also looks to ramp up Tiffany’s presence across the globe, especially in the budding Asain market which has a lot of potential for luxury goods. LVMH is one of the most recognisable and popular luxury goods companies in the world and it has many expensive brands under its stable.

Rockets fired at Baghdad’s Green Zone and a U.S. air base Saturday after funeral march for Iranian general