Why the oil market rally on elevated U.S.-Iran tensions may be short lived 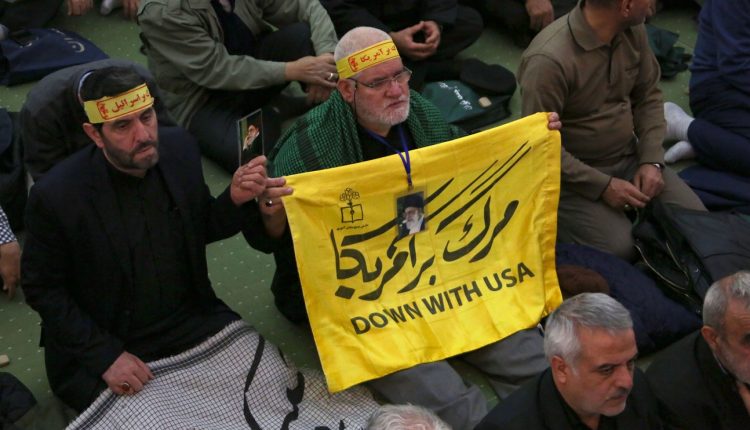 The U.S. assassination of one of Iran’s top military commanders sparked a rally in the oil market, but Iran’s next move will dictate whether prices will see a gain that lasts.

“The threat is that lingering uncertainty about future conflict will add a security premium to the price of oil,” Michael Lynch, president of Strategic Energy & Economic Research, told MarketWatch. The big question will be how the Iranians respond, and if that response targets the petroleum industry, he said.

For now, however, there has been no direct impact to production levels in the Middle East in the wake of the U.S. airstrike near Baghdad’s airport that killed General Qassem Soleimani, head of Iran’s elite Quds Force. It was the latest development in the standoff between Washington and Tehran, which has seen tensions escalate in the aftermath of President Donald Trump’s decision in 2018 to withdraw from the 2015 nuclear deal and impose hefty sanctions on Iran.

“We are likely to see oil prices march a bit higher, but I don’t see huge increases unless there are follow-up skirmishes, battles, and sabotage in the Persian Gulf,” said Tom Kloza, head of energy analysis at the Oil Price Information Service. “Oil’s reaction today is very muted and I suspect professional traders don’t want to make the same mistakes they made after the mid-September Abqaiq attacks in Saudi Arabia.”

In September, an Iran-linked attack on Saudi Arabia’s Abqaiq plant and its Khurais oil field prompted the temporary reduction of more than 5% of the world’s daily oil supply and pushed up prices about 9% compared to the 4% gain on Friday on the killing of the Iranian general.

The attack on the Saudi oil infrastructure “chased oil some $8-$9 [a barrel] higher, only to watch it come down below the pre-Abqaiq levels within a month or so,” Kloza told MarketWatch.

For now, the latest escalation in the U.S.-Iran conflict “will provide for stronger-than-anticipated [price] numbers in January, but Iran exports very little oil nowadays so further suppression of their capability doesn’t have any impact,” Kloza said, referring to the Iranian general’s assassination as a “Black Swan” event that look to be a “one-off, just as the Abqaiq attack was.”

On the other hand, “Iraq deserves closer scrutiny,” Kloza said. “Many western countries are managing oil projects and Iraq produces about 4.8 million [barrels a day] and exports about 75% of the crude,” he said. “If events in Iraq were just promoted by Iranian mischief makers, and the US maintains a decent relationship, there won’t be an impact.”

“Oil prices are likely to push higher in the near term as geopolitical tensions in the Middle East trigger fears over negative supply shocks in the markets,” said Lukman Otunuga, senior research analyst at FXTM. “Given how the region (Middle East) is home to major oil-producing countries that supply roughly 25% of the world’s oil, the path of least resistance for the commodity points north.”

An attack on the U.S. embassy compound in Iraq on Tuesday by Iran-supported militiamen, which came in response to U.S. airstrikes on an Iran-backed militia group on Sunday, has also provided support for oil prices. The U.S. carried out those airstrikes after blaming the militia for a rocket attack that killed an American contractor.

In written commentary for Forbes, Lynch warned that “even if nothing directly affecting oil production occurs, the level of unrest and violence in the Gulf will be elevated, possibly for months, and oil traders always react to news of violence in the heart of the global petroleum industry.”

“Expect higher prices to persist for weeks and months as a result. More, and bigger, shoes will drop,” Lynch wrote.

It’s important to keep in mind, however, that the U.S., as well as other producers that are not part of the Organization of the Petroleum Exporting Countries, continue to see strong output.

“Geopolitical tensions may not be enough to sustain oil prices in the medium to longer term,” Otunuga told MarketWatch. “The upside is poised to face multiple obstacles in the form of rising US shale production and weak oil demand growth in the face of renewed US-China trade tensions.”

Kloza pointed out that the market is seeing new non-OPEC oil “coming to market from the U.S., Russia, Kazahkstan, Guyana, Brazil,” and while demand will grow “it is more inclined to not hit pretty aggressive growth targets if higher prices stick around.”